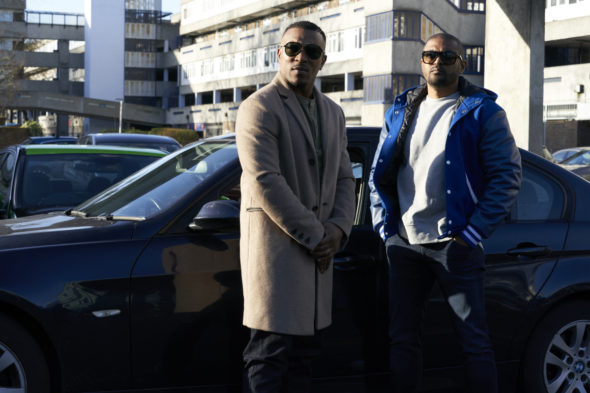 Bishop and Pike will return for another case. The CW has picked up a “third season” of the British crime drama series which is comprised of three parts. Set in Cape Town, South Africa, it was filmed earlier this year for Sky and is expected to air in the UK and the United States at some point in 2021.

Bulletproof stars Ashley Walters, Noel Clarke, Lindsey Coulson, Jason Maza, David Elliot, Olivia Chenery, Lucie Shorthouse, Lee Ross, Vanessa Vanderpuye, and Jodie Campbell. Unfolding in London, the series centers on Aaron “Bish” Bishop (Clarke) and Ronald “Ronnie” Pike Jr (Walters) who work as undercover police detectives. Although they are from vastly different backgrounds, these partners have a deep, brotherly bond that finds its foundation in their moral code. In season two, Bishop and Pike find themselves in a tense, heart-stopping game of ‘cat and mouse’ with a notorious and elusive crime family, whose connections spread far beyond the borders of London and the UK. Their chase for justice takes them from the streets of London to Amsterdam and Cyprus, where they risk everything to succeed.

The second season of Bulletproof averaged a 0.07 rating in the 18-49 demographic and 348,000 viewers. Compared to season one, that’s down by 50% in the demo and down by 42% in viewership. Bulletproof was one of The CW’s lowest-rated TV shows of the summer.

What do you think? Do you like the Bulletproof TV series? Will you be watching season three on The CW when it premieres?

I really like Bulletproof. Glad to see it’s coming back. The language was difficult at times to understand, but I could figure it out from context.

yep it works for me. totally enjoyed series one & two great format

Their English accents and slang are difficult to understand. The closed captioning is really messed up during the programs.

I still shock and surprised that Bulletproof still was renewal despite having a low rating. I still wanted to wish the show all the luck in the world.

Low ratings likely due to British humour. It is much dryer than Americans are used to. It’s now showing on Showcase in Canada, where it will be a comfortable fit. Borders are still closed though, so we’ll send all our other programs to you. Stay safe.

Low ratings, but it’s cheap international programing, and most likely does well streaming on TheCW website and app.

Yes of course I will watch the third season of Bulletproof great show.

YYYEEEAAAH! I hoped this would get renewed! I don’t care how “low rated” it is–I like this show!