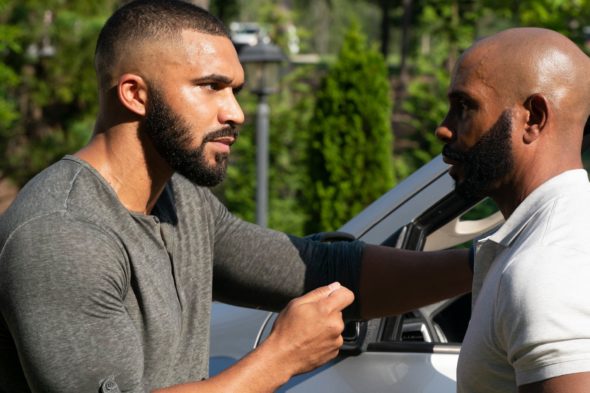 It is time for Haves and Havenots to end because it is very boring. The actors are weak. Veronica is given to much power and there’s no character strong enough to challenge her. Hannah is weak . One minute she’s a Christian and the next time she is a sinner. Jeffery and his gang are weak and add no value to the storyline. Katheryn is up and down and don’t know how to control her power nor her man. David is very very weak behind Jim Cryer. He allows Jim to talk and treat him as he is a slave.… Read more »

i love the have and have nots. have watched every episode. wished it came on every day.

Love the show. Wish the “are you sure”? Line wouldn’t come so frequently. Change up the script!

I am sorry but it is time for The Haves and Have Nots to end or get writers and /or actors who can act. The quality of the show has gone down. I read that Mr. Perry writes it alone so he needs to get others involved. Many of the characters are just stereotypes (for example “mob” family). It appears that he does not know which way he wants the show to go.

I love watching the show. Let it last.

I really love this show and look forward to more seasons

MORE PEOPLE WOULD WATCH THE HAVE AND THE HAVE NOT’S ….BUT WE ARE “NOT” GOING TO PAY A PREMIUM TO WATCH IT ON OWN, WHEN WE ARE ACCUSTOM TO WATCHING TYLER PERRY’S NIGHT TIME SOAPS “FREE”

I love this show and look forward to watching it every Tuesday night. Tyler keep up the good work, I have watched all your shows and went to all your made plays I’m hooked.

I used to love this show. Not so much lately. Not much of the original characters are on. A lot of the time when saying something they repeat it 3 times. I may continue to watch it if the content changes back.

I knew I couldn’t be the only one to notice that. It’s so stupid. And the delays between each sentence. (eye roll). And I can’t stand Hannah’s character. She don’t let her grown son breathe.

Wi iam Emmanuel wendell carwell. DALLAS.TX I LOVE THE SHOWN..KEEP IT ON.. I LOVE.. I think it’s some point the druggie Thun Wyatt this to be killed off the show and Veronica hariton never goes to work none of the rich never goes to the office a talk about the investments other than that above the show look forward every Tuesday central Texas time to watch half-and-half knots however If loving you is wrong I love that 1 too nice show keep it up Tyler Perry very good excellent

When will Haves and Have Nots come to Hulu on-demand??

Best show on television, I can’t wait for Tuesday to Come so I can watch it. This is absolutely my most favorite show

Best show on TV right now. It’s like one of the 70 flicks you used to watch. I love this show I watch every Tuesday night.