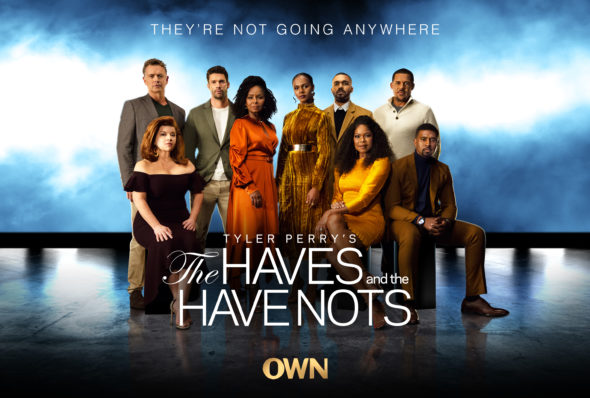 What’s in store for The Haves and the Have Nots? OWN just announced the TV show’s season seven premiere date.

Season seven of The Haves and the Have Nots premieres on OWN on January 7th at 9 p.m. ET/PT.

LOS ANGELES – OWN: Oprah Winfrey Network announced today the return of its hit Tyler Perry drama “The Haves and the Have Nots,” which premieres its seventh season on Tuesday, January 7 at 9:00 p.m. ET/PT. The popular series comes back with a vengeance as the Cryer, Harrington and Young families fight for their very existence.

“The Haves and the Have Nots” is the #1 original cable series among African- American Women total viewers. It is also among the Top 5 original scripted series on ad-supported cable.

From Tyler Perry Studios, “The Haves and the Have Nots” is written, directed and executive produced by Tyler Perry.”

hope Jan hurries up and gets here. Love this show

I’m soooo excited that Season 7 of the Haves and Have Nots will be returning on January 7th. It seems sooo far away

I am looking forward to season 7 of havn and what is in store for Candace, Hanna and other cast members I hope Candace and Charles re unite I love this couple

Love the haves and have it’s, I live in very rurel California, love Hulu binged the whole series and can’t wait till January but sad it’s last season!

Speed up the pace on Have and Have Nots. Is a soap but, t drags too much. I tend to record and watch from recording to move it along

Me either, its like I have been waiting forever

Awesome!!! Also when is If Loving You Is Wrong coming back? Love both shows

I LOVE both of these shows as well. I can’t wait.