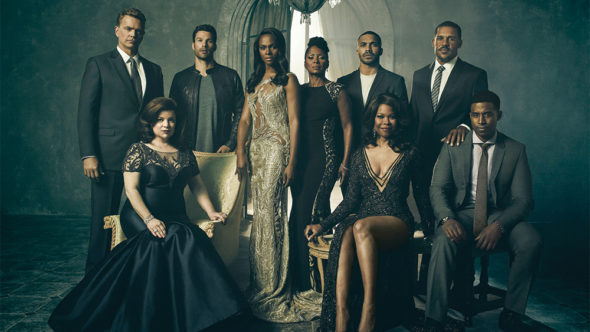 The Haves and the Haves Nots is coming to an end and the first of its final eight episodes will air tonight on OWN. The cast recently talked about ending the series and saying goodbye. The high-rated drama has aired for eight seasons on OWN and will wrap after 196 episodes.

What do you think? Are you sad to see The Have and the Have Nots end on OWN?

I just have to ask; why mostly everybody? I love you Tyler; but this ending was hurtful and disappointing; I realize Hannah was the only God Fearing character shown throughout (were there any more) ? Maybe the one who raped Hannah, he found God, and asked for forgiveness.

HAHN was excitement each week!
Why do it have to end?

The last I saw was when mrs. CRYER GOT SHOT IN THE BATHTUB. I HATED THAT I WOULD NEVER SEE IT AGAIN.
NOW OVER A YEAR LATER I SEE I CAN WATCH EPISODES AGAIN ON SEARCH. DID YOU MAKE A NEW SERIES THAT I DIDNT KNOW ABOUT? I DONT RECALL EVER SEEING THESE EPISODES? WERE THEY NEW?

Hate to see the show end. So many loose ends and I really love the show!!!!!

I really hate to see the. show end it is one of my favorite I all the actors. but Veronica was my favorite

I love this show, one of my favorite of all time, wish that it would not end.

The Have and Have nots should be renewed.

Yes it should. It’s the only show on tv that ever held my interest.