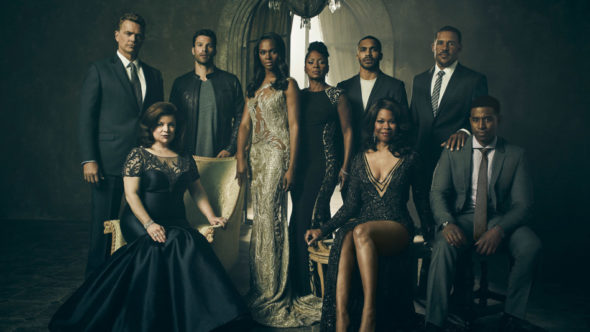 The Haves and the Have Nots is returning soon! OWN just announced the TV show’s fifth season will resume in January.

Season five of The Haves and the Have Nots resumes on OWN on January 8th at 9 p.m. ET/PT.

What do you think? Do you watch The Haves and the Have Nots? Are you excited for the new episodes?

1/9/19 update: Our contact at OWN tells us that there are 11 episodes remaining in season five (bringing the total to 44 episodes) and that season six will air later in 2019.

I love this show, Mr. Perry has outdone himself. Oprah keep this on air, never a dull moment. I love both of you good people, may God continue to Bless you, and may this show go on and on like G.H. it should never get cancelled.

Any word on when or if IF LOVING YOU IS WRONG going to return??

I love this show.. It’s my favorite show. I look forward every week to Tuesday.

Looking forward to the new season! I also am waiting on If Loving you is wrong.

Most definitely, can’t wait for show to return…

when is If loving youis wrong coming back, or is it?

I think Tyler Perry has literally out done hisself on the Haves and Have not …. I cannot wait for next season to come on to see what happens to Varonica and David and Way to go Catherine it’s about time they let her loose again …. and I’m really hoping Candice gets what’s coming to her and Jefferys psychotic cop stalker gets what he deserves to …..Thank you Tyler Perry …..

This is the only show of its type that I have ever watched. Thanks to my room mate who watches it. Very addictive.