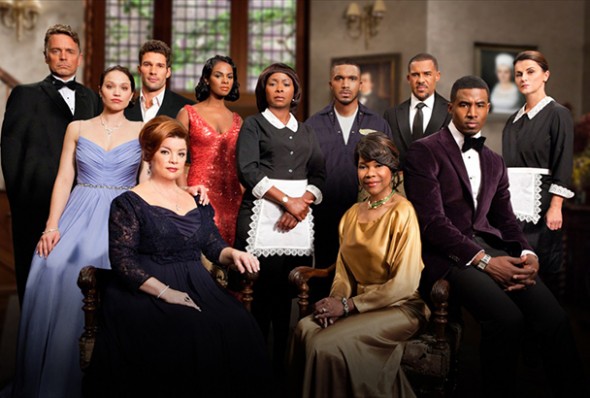 Is there a new cast member coming to The Haves and the Have Nots? Deadline reports Tyler Perry has offered Cosby Show star Geoffrey Owens a role on the OWN TV show.

After finding out that Owens (The Cosby Show, The Blacklist, Divorce) was working at a New Jersey grocery store, Perry commended the actor for working between acting jobs and offered him a role on The Haves and the Have Nots.

#GeoffreyOwens I’m about to start shootings OWN’s number one drama next week! Come join us!!! I have so much respect for people who hustle between gigs. The measure of a true artist.

The OWN series is midway through its fifth season, so it’s unclear if Tyler is referring to shooting the second half of season five or a sixth season.

What do you think? Do you watch The Haves and Have Nots? Would you like to see Geoffrey Owens on the series?

I do watch and really like the show and am glad Geoffrey Owens will be on it.

Dont watch glad hes got job. Wheres if loving u is wrong ask tylor perry no one can get a answer not fair to fans

Yes, what is going on with this??? I still wanna hit Randal and Eddie straight in the mouth!!!!!! Why are they leaving us hanging??? Is Kelly gonna rot in jail!!!