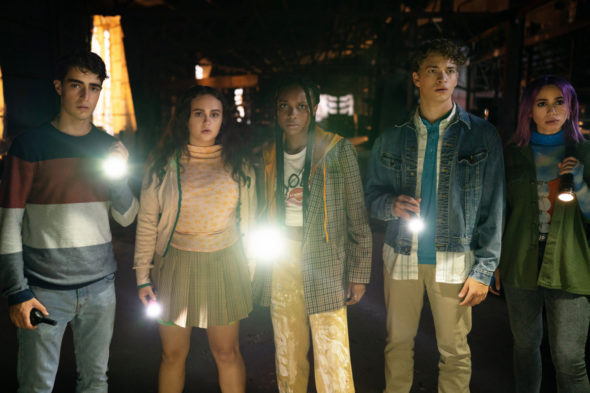 Will our hero come to terms with her destiny in the first season of the Naomi TV show on The CW? As we all know, the Nielsen ratings typically play a big role in determining whether a TV show like Naomi is cancelled or renewed for season two. Unfortunately, most of us do not live in Nielsen households. Because many viewers feel frustrated when their viewing habits and opinions aren’t considered, we invite you to rate all of the first season episodes of Naomi here.

A CW superhero drama series, the Naomi TV show was developed by Ava DuVernay. It stars Kaci Walfall, Mary-Charles Jones, Barry Watson, Mouzam Makkar, Cranston Johnson, Alexander Wraith, Daniel Puig, Aidan Gemme, Will Meyers, and Camila Moreno. The story follows the journey of a smart, confident, and comic book–loving teenager named Naomi McDuffie (Walfall). She pursues her hidden destiny after a supernatural event shakes her hometown of Port Oswego to the core. While Naomi’s doting parents (Watson and Makkar) are concerned about their daughter’s strange new fainting spells, the teen’s closest friends — Annabelle (Jones), Nathan (Puig), Lourdes (Moreno), Anthony (Meyers), and Jacob (Gemme) — join Naomi to help uncover who or what is behind the unexpected event. A bit of sleuthing leads Naomi and her friends to discover that the owners of two local businesses — Dee (Wraith) and Zumbado (Johnson) — seem to know a lot more about the incident than everyone else. Soon, Naomi realizes that the mysterious event is just the beginning of a thrilling journey that will change her life and challenge her to question everything she knew to be true.

What do you think? Which season one episodes of the Naomi TV series do you rate as wonderful, terrible, or somewhere between? Do you think that Naomi should be cancelled or renewed for a second season on The CW? Don’t forget to vote, and share your thoughts, below.

I think it’s a good show. I like all the characters. I would give this show a season 2 because it’s interesting and funny. I’m very impress with the scene and how the crew create the pilot. Please watch tv show.

I was ready to watch it, until i read it was another show focused on woke. Maybe i give a try and see.

Naomi is a great show. I would like it to be renewed for season 2