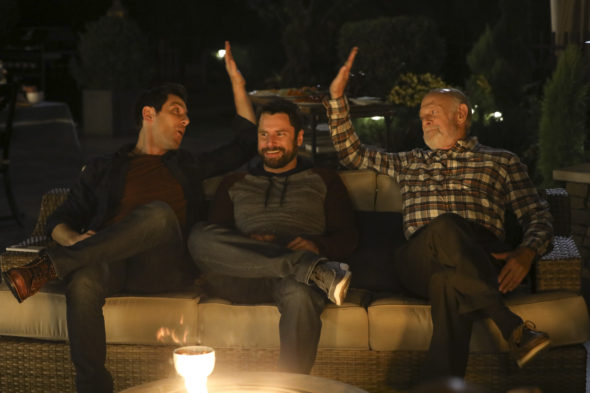 A friendship drama, A Million Little Things stars David Giuntoli, Ron Livingston, Romany Malco, Allison Miller, Christina Marie Moses, Christina Ochoa, Grace Park, James Roday, Stephanie Szostak, Lizzy Greene, Tristan Byon, and Chance Hurstfield. Rife with secrets and a touch of mystery, the Boston-set series centers on a group of friends who first met in an unusual way, whose world is rocked when they lose one of their own in the last way they’d thought possible. As they deal with their grief and guilt, they also start to wake up to the fact that despite their struggles, they must make the most of the lives they have.

‘A MILLION LITTLE THINGS’ RECEIVES A FULL-SEASON ORDER FROM ABC

What do you think? Do you like the A Million Little Things TV show? Do you plan to keep watching this ABC series? Should it be renewed for a second season?

Our family absolutely loves, A Million Little Things”! We cannot wait for Season 2!!

No. I’m not a fan. Rather have D. Guintoli as Grimm.

I love A Million Little Things! I look forward to watching it every week. Please don’t cancel it and renew it for a full season

I would be extremely disappointed if you cancel this series. I have been drawn in and have shared the story with many that hasn’t seen it.

I really enjoy this show. The storyline, the dialogue between the actors. I think it definitely should be renewed.

Love this show so far. Please renew the show for a second season.

I like the show a lot and I even recommended it to my daughter to watch . I need to tell my son and his wife too even Anthony because he has a softness in his heart to be able to relate.
My favorite actor is Ron Livingston. Please keep him alive. Thank you

Love this show so far!!!! Already getting “attached” to character. It has a great cast, great storyline!

I like this show, mainly for the cast. David Giuntoli (Grimm), James Roday (Psych), Ron Livingston (many things), Romany Malco (Weeds & many others) and good supporting actors. Yes, it’s ABC’s version of This Is Us, but it’s good on its own.

YES!! I absolutely love it! Every week ! Keeps me guessing what’s next! Topics are on point!