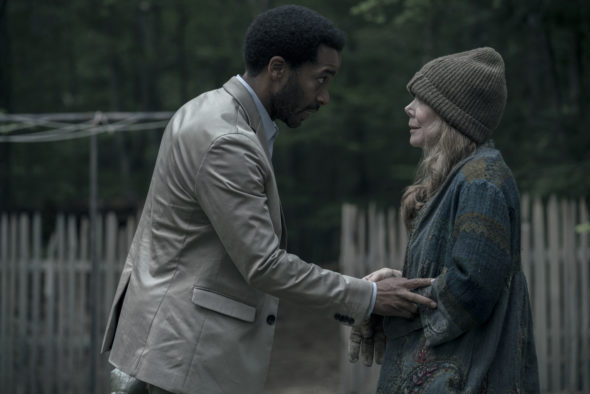 Will the horror continue in Castle Rock, Maine? Has the Castle Rock TV show been cancelled or renewed for a second season on Hulu? The television vulture is watching all the latest TV cancellation and renewal news, so this page is the place to track the status of Castle Rock, season two. Bookmark it, or subscribe for the latest updates. Remember, the television vulture is watching your shows. Are you?

Unless they decide to publicize viewership statistics, it is difficult to predict whether Hulu will cancel or renew Castle Rock for season two. My guess is that it is a high profile series for this streaming service so, it will be back. I’ll keep an eye on the trades and my ear to the ground and will update this page with breaking developments. Subscribe for free Castle Rock cancellation and renewal alerts.

What do you think? Are you glad that the Castle Rock TV series has been renewed for season two? How would you feel if Hulu had cancelled this TV show, instead?

Season 2 was announced before Season 1 began to air ,it’s an anthology format and some of next seasons cast has been named already..

Source? It’s my understanding that producers have talked about their plans if they get a second season but a renewal hasn’t been announced.

Yeah, that was the only mention I found and it’s pretty vague. The article doesn’t actually say that the show was renewed. If it were officially renewed, I think some other (bigger) outlets would have also reported it.