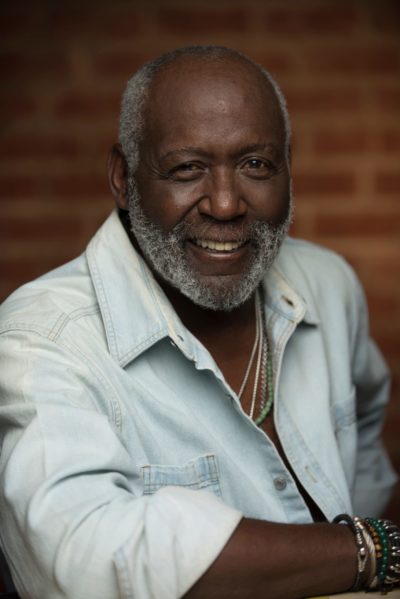 Cherish the Day has added to its cast for season two. Richard Roundtree (above) and Terri J. Vaughn will recur on the anthology series which follows the relationship of a couple. Each episode focuses on one day of importance in their relationship.

The couple for season two is being played by Henry Simmons and Joy Bryant. Their relationship began in high school and the show will follow their ups and downs.

OWN revealed more about the upcoming season and the new additions to the cast in a press release.

Terri J. Vaughn will recur as Anastasia, Ellis’ (series star Henry Simmons) soon-to-be ex-wife and the mother of their children.

Cherish the Day is an anthology series that chronicles the relationship of one couple, with each episode spanning a single day. In season two, the rekindling of a romance is told — the love story of Ellis Moran (Henry Simmons) and Sunday St. James (Joy Bryant), who fell in love in high school but find themselves reunited in beautiful New Orleans. Ellis is a former basketball player who is now a single father of two, and Sunday is a vegetarian celebrity chef on the cusp of fame. Each episode of the season-long narrative unfolds in a single day to reveal significant moments in a relationship that compel us to hold true to the ones we love, from the extraordinary to the everyday.

Richard Roundtree’s life and career would change forever in 1971 when he played private detective John Shaft in the iconic “Shaft” movie franchise. This launched Richard’s five-decade career, and his impressive resume includes films such as “Man Friday,” “Charley One-Eye” and the television films “Roots” and “Fire House.” He also appeared on the FOX sitcom Roc and Being Mary Jane, and can now be seen in the Netflix series “Family Reunion.” Roundtree has been nominated for an NAACP Image Award and a Peabody Award.

Terri J. Vaughn: While best known for her portrayal of Lovita Alizé Jenkins in the long-running series The Steve Harvey Show, Vaughn has become a multifaceted director, producer and actor. She most recently directed an episode of BET’s Tales and recurred in season four of Issa Rae’s hit HBO comedy Insecure. Additional television acting credits include First Wives Club, Mann and Wife, Greenleaf, Meet the Browns, All of Us and Soul Food. Her film credits include: “Girlfriends’ Getaway,” “Girlfriends’ Getaway 2,” “Who Did I Marry?,” “Probable Cause,” “Three Can Play That Game,” “Daddy’s Little Girls” and “Friday.”

Sheldon Candis’ feature directorial debut “Luv” was an official selection in the 2012 Sundance Film Festival Dramatic Competition. Candis directed the feature length documentary “Baltimore Boys” for the prestigious ESPN Films banner. Candis has also directed “Who Will Survive America” for the AMC/Sundance Now Doc Club original series “Take 5: Justice in America.” Candis also directed the short docuseries “I Will What I Want” and “Dreams” along with “When the Lights Are Brightest.” Most recently, Sheldon directed an episode of “Colin in Black & White,” the upcoming Netflix limited series from DuVernay and Colin Kaepernick.

Angel Kristi Williams is a filmmaker born and raised in West Baltimore, Maryland. Her feature directorial debut “Really Love” was selected to play in narrative competition at SXSW and won the Special Jury Recognition for Acting for co-stars Kofi Siriboe and Yootha Wong-Loi-Sing. The film then screened as part of AFI Fest’s Special Presentations to much acclaim. Most recently, Angel directed an episode of “Colin in Black & White,” the upcoming Netflix limited series from DuVernay and Colin Kaepernick.

Merawi Gerima is a filmmaker from Washington D.C., whose origin informs his work and his community-centered orientation. “Residue,” his first feature, was a communal endeavor, made possible primarily by the effort of the people it attempts to portray. Following its world premiere at the Slamdance Film Festival, “Residue” was honored with the festival’s Audience Award for Best Narrative Feature and the Acting Award for star Obinna Nwachukwu. The film was also awarded Special Mention at the 77th Venice International Film Festival’s Giornate degli Autori and won the John Cassavetes Award at the 2021 Film Independent Spirit Awards. DuVernay’s ARRAY also acquired the film under their ARRAY Releasing banner. Gerima is a graduate from the University of Southern California (USC) School of Cinematic Arts (SCA). He is the son of celebrated Ethiopian filmmaker Haile Gerima, a legendary figure in the L.A. Rebellion film movement.

The first season of Cherish the Day starred Xosha Roquemore, Alano Miller, and the legendary Cicely Tyson, and debuted in February 2020. On average during its seven-week first season, the series ranked #1 in its time period across all of cable with Black women, households, and total viewers.

The DuVernay-led series achieved full gender parity with a production crew of more than 50% women, including 18 female department heads, an initiative DuVernay will continue in season two.

Created and produced by Ava DuVernay, Cherish the Day is produced for OWN by ARRAY Filmworks and Harpo Films in association with Warner Bros. Television. DuVernay, Paul Garnes, Raynelle Swilling, Teri Schaffer, and Oprah Winfrey serve as executive producers. Swilling, who won the 2020 NAACP Image Award for Outstanding Breakthrough Creative (Television) for Cherish the Day, and Schaffer are co-showrunners of season two.”

A premiere date and additional casting for season two of Cherish the Day will be revealed at a later time.

What do you think? Are you planning to check out Cherish the Day season two on OWN?

I am a strong fan of Richard Roundtree so I will be tuning in. Still looking fine

Can’t wait for cherish the day to come back on!!

I absolutely loved season 1..There is truly a void, with ms.Tyson being no longer with us, but I’m looking forward to the new season with excitement! Please don’t keep us waiting too long.