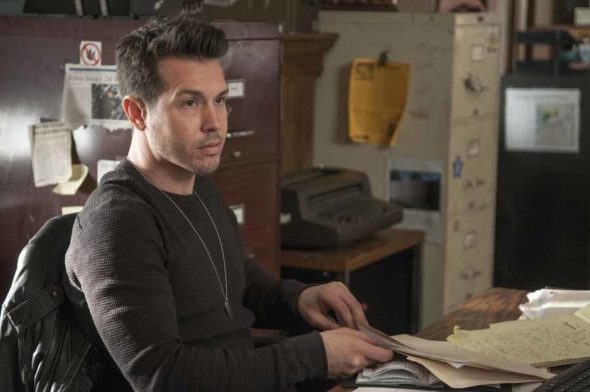 Blame it on baseball. Today, both NBC and CBS announced they will be pulling new episodes of Chicago PD, Law & Order: SVU, Criminal Minds, and SEAL Team because of the World Series.

Similarly, CBS will be airing repeats of SEAL Team at 9 p.m. ET/PT and 10 p.m. ET/PT instead of the previously scheduled new episodes of Criminal Minds and SEAL Team. Survivor will continue as originally scheduled at 8 p.m. ET/PT.

11/01/2017 (10:00PM – 11:00PM) (Wednesday) : WHEN A YOUNG BYSTANDER IS SHOT DURING A DIFFICULT OPERATION, THE TOP BRASS QUESTION HALSTEAD’S INVOLVEMENT – SEASON 5 PREMIERE. The district is in a state of change – Lindsay has moved to New York- and the CPD is under scrutiny about the corrupt nature of its institution. Under the watchful eye of the city, the team attempts to bust a gun deal that quickly turns dicey when innocent civilians and children get involved. Tension erupts when Chief Lugo (guest star Esai Morales) brings in Denny Woods (guest star Mykelti Williamson) to review the shootout, and Halstead (Jesse Lee Soffer) becomes a key player in the outcome of the case. Also starring Jason Beghe, Jon Seda, Patrick John Flueger, Elias Koteas, Marina Squerciati, LaRoyce Hawkins, Amy Morton and Tracy Spiridakos. Guest starring Nick Gehlfuss and Wendell Pierce. TV-14 D, L, V”

What do you think? Do you watch Chicago PD, Law & Order: SVU, Criminal Minds, and/or SEAL Team? Are you upset the World Series is postponing new episodes?

When will this episode of Criminal Minds be aired???
Tonight was episode 7! When will we get to see #6 aired???

This sucks! I look so forward to watching these shows. I don’t watch any sports! Plus come on this day and age we could record and still watch the game if wanted!!!

HI THERE I’M WITH YOU. I DON’T WATCH SPORTS EITHER. JUST LEAVE OUR SHOWS ALONE. SPORTS STINK. THERE ALREADY ON ALL DAY EVERY DAY. WE LIKE CRIMINAL MINDS, SVU, CHICAGO PD., WHEEL OF FORTUNE, & JEOPARDY. IF THEY WANT TO WATCH STUPID SPORTS, GET IT ON A PAY CHANNEL. OH YEAH TELL TRUMP TO STAY OFF OUR CHANNELS TOO.

This is completely unfair! I mean I’m a baseball fan but I still planned to watch my shows and just check the score… My other two issues are, Will we be screwed out of an episode for the season now (especially SEAL Team as it’s a new show) and they really did NOT do a great job of letting people know about this change! I so look forward to my TV shows. Way To Go big wigs, WTG!

I could give a crap about baseball. Thanks for ruining my cozy evening watching new episodes of great shows.

P.s. Stop interrupting daytime Tv with so called News conferences. We can all wait 2 more hours until the 4 hours of News is on. People who watch daytime tv are escaping reality for a little while and dont need to be interrupted everyday with breaking news about charges being brought up in politics ect. Its not life threatening. It could wait till the primetime news broadcasts.

WE LOVE WHEEL OF FORTUNE, JEOPARDY, CHICAGO PD., SVU., & CRIMINAL MINDS. THERE’S ALREADY TO MANY STINKING SPORTS ON AS IT IS. PAY FOR YOUR SPORTS CHANNEL & LEAVE OUR CHANNELS ALONE. ALSO WHY DO THESE STUPID SPORTS PLAYERS HAVE TO TELL US HOW MUCH MONEY THEY MAKE. I SHOULD BE GETTING MONEY FROM ALL THE PEOPLE WHO WALK ON MY BEAUTIFUL CONCRETE, THAT I’VE POURED IN MY 38yrs. OF CONSTRUCTION. I`M TIRED OF THESE IDIOTS CRYING ABOUT THEIR MONEY. I SAY TELL THEM TO GET “A REAL JOB”.

I wish they would broadcast as advertised. I have never returned to baseball since the big strike during the 80’s . However I am a fan of Seal Team and Chicago PD. In the past when this has been done we have sometimes had to wait till re-run season to view the missing show for they skip over it entirely. I hope this is not the case this season. Very unhappy with CBS and NBC.

Dumb! If they can play repeats play the.NEW ONES! Ugh…why do we have sports networks for?

I think it stinks! That’s why there are sports networks

I don’t think they should have been canceled. The game was on a different channel so why cancel them. How does it interfere with ball game will just hear who one the next day or you could record it with the new dev they have today. I like all of them Chicago pd sub and most of all criminal minds.

Not everyone wants to watch baseball.

I agree that some of us would rather watch new episodes of our programs. Even though they will be repeats I will still be watching Chicago PD instead of baseball.

I agree with the person directly below. I am NOT a baseball fan so I am NOT happy that two of my favorite programs will not be “on” tonight: Law & Order SVU, and Criminal Minds. FOOEY!

Well crap! Some of us couldn’t care less about baseball and would much rather have the option to watch our shows!

Watch all of them, no not upset as long as they keep the shows preempted in their original time slot and on their usual day.

That would be nice if they showed the skipped shows the following week. However this is not always so. They have in the past skipped over the skipped episode until re-run season.