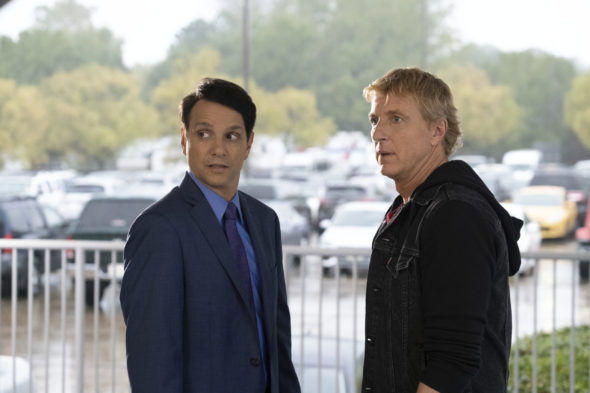 Cobra Kai fans are going to see the new season a bit earlier than originally planned. Netflix has decided to bring season three online a week earlier, per The Hollywood Reporter.

Netflix revealed the date change with a short video featuring William Zabka changing the premiere date on the Cobra Kai show page on the streaming service.

Check out the video below.

The cast of Cobra Kai also includes Ralph Macchio. The series continues the story that started in the Karate Kid movie franchise. Daniel LaRusso (Macchio) is all grown up and he’s a successful business owner who struggles to find balance in his life. He must face his old foe — down-and-out Johnny Lawrence (Zabka) — who seeks redemption by reopening the infamous Cobra Kai karate dojo.

Cobra Kai aired for two seasons on YouTube Red before the service decided to get out of the original programming business. Netflix picked up the series, and it is now renewed through season four.

What do you think? Are you excited for the return of Cobra Kai? Will you watch the series when it returns on Friday?

so good new season so glad came back on netflix instead of youtube red original worth watching it no idea really good after watching this.

LOVE THIS SHOW!!! EVEN THO IT MAKES ME FEEL A LITTLE OLD SOMETIMES!!! LOL

I am so excited love this show so good. Renewed for another season already whole year until next one after new season keep doing it best Netflix show compare marvel shows worth binge watching it.

Don’t mean to nitpick, but Cobra Kai is primarily about William Zabka’s character Johnny Lawrence and HIS struggles as he reopens the Cobra Kai dojo to try and give it a better legacy then the one that his former sensei left for it. Daniel LaRusso’s struggles is the secondary story.