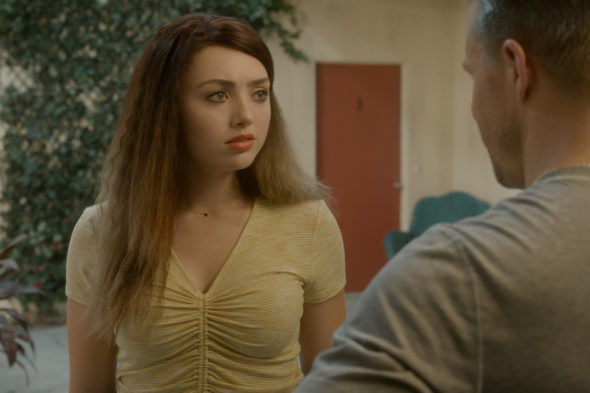 Production has begun on the fourth season of Cobra Kai in Atlanta and there are some additions to the regular cast. Ralph Macchio, William Zabka, Courtney Henggeler, Xolo Maridueña, Tanner Buchanan, Mary Mouser, Jacob Bertrand, Gianni Decenzo, and Martin Kove star in the drama which is a sequel to the Karate Kid movies.

Two recurring members of the Cobra Kai cast — Vanessa Rubio and Peyton List — have been bumped up to series regulars. Per Deadline, Rubio has appeared in 16 episodes of the series as Miguel’s mother, and List has appeared in 15 installments as Tory Nichols, one of the biggest forces in team Cobra Kai. Young actors Dallas Dupree Young and Oona O’Brien have also joined the cast.

a little more news – @veryvness and @peytonlist will be returning as series regulars, and we have some new faces joining us this season, Dallas Dupree Young and Oona O’Brien! pic.twitter.com/hnH0T6zLkw

Season three of the Netflix series arrived on January 1st. A premiere date for Cobra Kai season four has not yet been set.

What do you think? Are you excited to see more of the Cobra Kai TV show on Netflix?