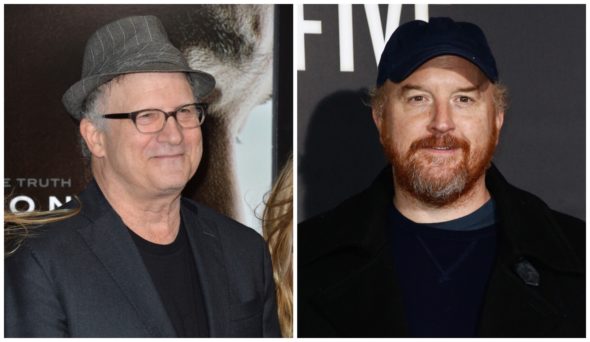 Earlier, we reported that FX Networks and FX Productions (FXP) had cut all ties with Louis C.K., following his admission of past sexual misconduct. Now, TBS has suspended production on The Cops TV show, which is based at FXP. C.K. co-created the animated comedy with Albert Brooks and the duo were set to lead the voice cast. Today, TBS announced, “Production on The Cops has been suspended until further review,” according to a report from THR.

TBS greenlit The Cops back in January of 2017. The 10-episode first season, starring Brooks and C.K., was due to premiere in 2018. At the time of the series order, TBS said, “The Cops follows Al (Brooks) and Lou (C.K.), two Los Angeles patrolmen trying their best to protect and serve, sometimes failing at both. Ride with them as they patrol one of the biggest cities in the world, then go home with them and be glad you’re not married to either.” Brooks and C.K. were executive producing with Greg Daniels, Dino Stamatopoulos, Dave Becky, and Howard Klein.

According to the report, it is unclear whether The Cops will be cancelled entirely, or whether another voice actor and executive producer would take over for CK. When we know more, you will, too.

What do you think? Were you looking forward to The Cops TV series? Should TBS replace Louis C.K., or cancel The Cops altogether? Sound off, in the comments.