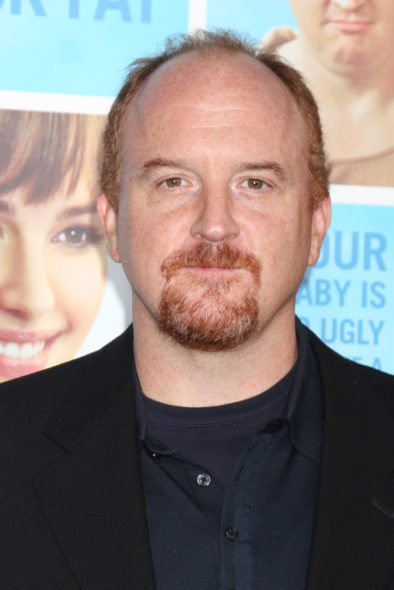 FX Networks and FX Productions (FXP) have announced they are cutting all ties with comedian, actor and producer Louis C.K. and his Pig Newton Production company. FX made the announcement in the wake of C.K.’s admission that he exposed himself to the women who levied allegations of sexual misconduct, earlier this week.

FX is currently airing the Better Things and Baskets TV shows. C.K. was executive producing both series, but FX is removing him and will no longer compensate him for them. Since they come from FXP, the same holds true for Amazon‘s One Missippi, and the upcoming TBS animated comedy, The Cops. Although it wasn’t specifically addressed, since FX is no longer doing business with C.K., consider his Louie TV series cancelled. Prior to the scandalous revelations, FX had said they were open to making Louie season six, provided C.K. was.

Here is the FX statement, via Deadline

Today, FX Networks and FX Productions are ending our association with Louis C.K. We are cancelling the overall deal between FX Productions and his production company, Pig Newton. He will no longer serve as executive producer or receive compensation on any of the four shows we were producing with him – Better Things, Baskets, One Mississippi and The Cops.

Louis has now confirmed the truth of the reports relating to the five women victimized by his misconduct, which we were unaware of previously. As far as we know, his behavior over the past 8 years on all five series he has produced for FX Networks and/or FX Productions has been professional. However, now is not the time for him to make television shows. Now is the time for him to honestly address the women who have come forth to speak about their painful experiences, a process which he began today with his public statement.

FX Networks and FX Productions remain committed to doing everything we can to ensure that all people work in an environment that is safe, respectful and fair, and we will continue our review of all of these productions to ensure that was and is the case.

On November 9th, The New York Times published an article in which Dana Min Goodman, Julia Wolov, Abby Schachner, Rebecca Corry, and a fifth woman who spoke on the condition of anonymity, told the paper about their disturbing experiences with C.K.

Despite his involvement in her career, One Mississippi creator and star, Tig Notaro made no bones about telling the Times, via email, that she believes the women’s accounts. NYT reports, “Ms. Notaro said she was standing in support of those with the courage ‘to speak up against such a powerful figure’, she said, ‘as well as the multitude of women still out there, not quite ready to share their nightmares’.”

What do you think? Which of these Louis C.K. TV shows did you watch? Are you surprised by the announcement from FX? Sound off, in the comments.

I’m very unhappy about Amazon’s cancellation of Old Mississippi. It’s a terrific show. Rotten Tomatoes gave 100% to season 2. That must mean something. Rotten Tomatoes is a very reputable
review site.
Try to encourage another tv station to pick up the show and do Season 3.

This is a complete mess Louie CK has gotten not only himself, but the actors working for Pig Newton. I really feel sorry for Pamela Adlon. I’d kick his ass if I were her. Shame on you Louie… Shame on you.

I feel bad for CK. He’s the CO-Creator /EP of these shows! He has the legal right to still claim his producer credits.

I love the show Better Things – it really will be a shame if they aren’t able to find an executive producer to step in on this project.
I agree with Maria, it’s be a shame for people to lose their jobs for CK’s bad behavior. Ironically, this scandal actually sounds like it could be the basis of an episode where Sam loses a job on the show…

I really hope they don’t cancel better things! That’s my favorite show and people shouldn’t have to lose their jobs because of the actions of one person!