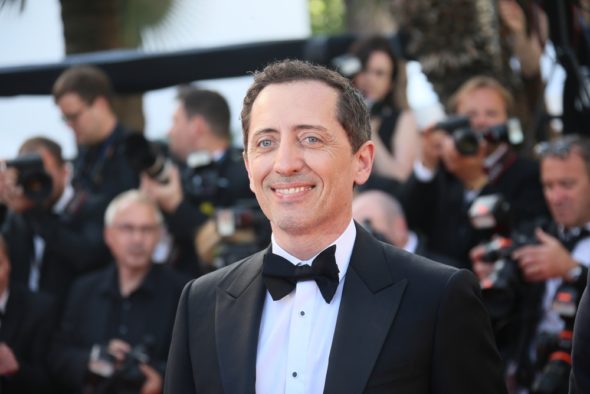 The half-hour comedy is based on Elmaleh’s life and will follow the comedian as he “leaves it all behind and moves to Los Angeles in an attempt to reconnect with his estranged, comedy hating, 16-year-old male model son. Sadly he’ll have to do it without a single celebrity perk.”

Netflix has ordered eight episodes of Huge in France and Elmaleh’s first English-language stand-up special, which is slated to debut next year.

Huge in France will be co-created, executive produced by and will star Gad Elmaleh, with showrunners Jarrad Paul and Andy Mogel (The D-Train, The Grinder) also serving as co-creators and executive producers. The eight-episode series is inspired by Gad’s own life and career, and follows his move from France to the United States.

Gad is a hugely famous comedian… In France. At an emotional crossroads, he leaves it all behind and moves to Los Angeles in an attempt to reconnect with his estranged, comedy hating, 16-year-old male model son. Sadly he’ll have to do it without a single celebrity perk.

This half-hour comedy series marks the continuation of the relationship between Netflix and Gad Elmaleh, which began in January 2017 with the premiere of Gad Gone Wild, and will now include both Huge in France and Gad’s brand new English language stand-up special next year.

Said Gad who is now touring the U.S. with his English-language stand-up act, “I’m so happy and inspired by this opportunity and could not feel more proud to be part of the Netflix family. This project is incredibly personal to me but more importantly it has such a universal theme that I can’t wait to share with the world. Let’s be real, getting my own series and a second stand-up special is really the only way I can stay in the U.S legally”.

“We are thrilled to be working with the incredibly talented comedian and humorist Gad Elmaleh on his first English-language series. Gad is a renowned French comedy star whose humor, charisma, and talent will continue to cross borders and resonate with audiences around the world” said Cindy Holland, Vice President, Original Content for Netflix. “With this new series, Gad and showrunners Jarrad Paul and Andy Mogel are creating a unique half-hour comedy series that will provide a lot of laughs in any language.”

What do you think? Are you a fan of Gad Elmaleh? Will you watch his new TV show and special?