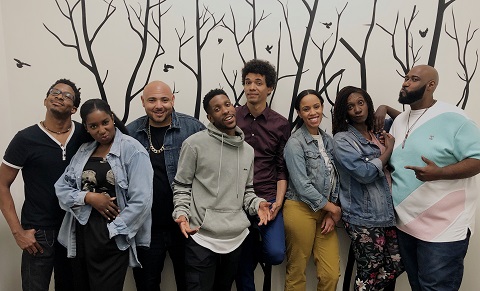 Netflix has ordered six episodes of Astronomy Club. You can read more info below:

· As the group has done successfully with its improv and sketch performances, the series will use comedy to discuss complex and nuanced real-world topics. Combining honesty with levity, sketches will explore an array of topics ranging from pop culture and social issues to the Black experience.

· The series is executive produced by Kenya Barris (black-ish, Girls’ Trip) through his transmedia company Khalabo Ink Society and Daniel Powell (Inside Amy Schumer, I Think You Should Leave with Tim Robinson) for Irony Point.

· These type of partnerships are reflective of Barris’ approach to mentorship and have become a pillar of Khalabo Ink Society’s creative process. With a focus on socially conscious storytelling that reflects our culture and tackles contemporary issues and themes, Barris has grown the transmedia company with the goal of establishing it as a creative collective, where collaboration is fostered and new talent can thrive.”

What do you think? Are you a fan of sketch comedy? Will you watch Astronomy Club?