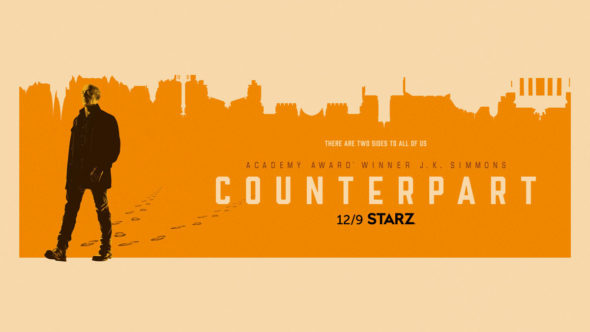 Loved it. Watched every episode every night. Made my evenings. Can we get more shorts since this one ran it’s course.

It pretty much ran its stories course anyway. What else could they have?

Great show. One of my top viewing picks. I hope someone picks it up. Far too many good Sci-Fy get dumped these days. Sad.

We love the show. Unique premise, good acting. It requires that you pay close attention and the poor ratings probably reflect that. Hard to know where a
Season 3 would go after everything that was revealed in Season 2. Still, we hope it continues to have the chance to intrigue.

I absolutely loved the show. It is so increadibly well done. I did not know until today that it had such low ratings, how is that even possible? Well i think i know, i think people dont know about it, i found it when it was season 1 episode 6, i got immediately hooked and binge watched first 6 episodes, i think it needs more advertising because it needs a season 3. Try to get it to Netflix, i think it would get much more attention there, nobody knows about Starz TV.

It is a great and very original TV Show, I really really hope they don’t cancel it. Today I saw the finale of the 2nd season, and it was a hell of a fun, and besides leaves the series perfectly open for a season 3. The thing it is that I just for luck start to seeing this, I never knew before about it, so the producers should do more advertisement, because it is a hidden jewel for sure.

I really enjoy this program. 10 episodes are a tease. However I cannot wait for season 3. Don’t cancel otherwise someone will steal your idea. Think of Star Trek and how those producers are kicking their butts for taking it off the air too soon. You got a winner here if you just be patient.

I pay for the starz package in my house and I keep it for counterpart and outlander – if either are cancelled I’m gone. Extra 15.00 per month

Next week is the last episode of Counterpart. Based on its ratings, the show has almost Zero chance of renewal. It is a very good show, but that probably won’t matter. The show will not end with any kind of an ending that will(or should) satisfy anyone. Too many things won’t be wrapped up. I would love to see it renewed, but I would be shocked if it was.