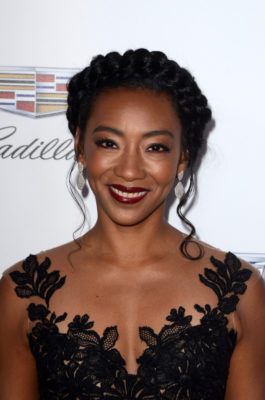 On Counterpart, Gabriel will play “Naya Temple, a former FBI agent recently hired by the Office of Interchange to clean house, a figure both intimidating and magnetic.” Starz has not yet announced a premiere date for season two, but production is set to begin this week in Berlin.

I can’t wait till Counterparts comes back. I love that show!!! Thanks for bringing it back.

I love Counterpart! It is getting so exciting. I am so glad it is coming back. Thank you!!!

We don’t have enough people in the show already? Are a lot of people going to die? Hopefully, STARZ knows what they are doing. We will find out.