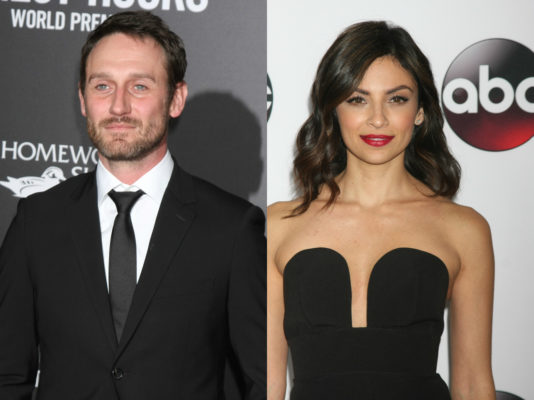 A spin-off of Daredevil, the drama follows The Punisher (Jon Bernthal) as he exacts revenge on those who killed his family and uncovers a conspiracy that runs far deeper than New York’s criminal underworld. The cast also includes Ebon Moss-Bachrach, Debroah Ann Woll, Ben Barnes, Amber Rose Revah, and Michael Nathanson.

On Marvel’s The Punisher, Stewart has been cast as John Pilgrim, Lima will play psychotherapist Krista Dumont, and Whigham will portray the mysterious grifter Amy Bendix. Filming on season two has already begun. You can read more details from Netflix below:

New characters will be entering Frank Castle’s story, as a trio of actors have been revealed by Marvel Television and Netflix for Season 2 of “Marvel’s The Punisher,” with Josh Stewart (Insidious: The Last Key, Shooter), Floriana Lima (Lethal Weapon, The Family), and Giorgia Whigham (Scream, Sierra Burgess is a Loser) all joining the cast of the series.

Josh Stewart has been cast as “John Pilgrim,” a man whose calm exterior belies a ruthless interior. Despite having left behind a life of violence, circumstances will force him to use his old skills and bring him into Frank Castle’s world.

Floriana Lima will play the role of “Krista Dumont,” a smart, compassionate, and driven psychotherapist for military veterans.

Giorgia Whigham has been locked to play “Amy Bendix,” a street-smart grifter with a mysterious past.

“Josh, Floriana and Giorgia are all remarkable talents and we can’t wait for the audience to see what we have in store for them in the second season of Marvel’s The Punisher,” said Jeph Loeb, Executive Producer and Head of Marvel Television.

“We are incredibly excited to have Josh, Floriana and Giorgia joining the cast of Marvel’s The Punisher and seeing them bring their talents to the next chapter in the Frank Castle story,” added Steve Lightfoot, Showrunner and Executive Producer.

All 13-episodes of the first season of “Marvel’s The Punisher” are now streaming on Netflix. In the series, a former Marine (Jon Bernthal) is out to punish the criminals responsible for his family’s murder finds himself ensnared in a military conspiracy.

“Marvel’s The Punisher” is produced by Marvel Television in association with ABC Studios for Netflix.”

What do you think? Have you seen Marvel’s The Punisher? Will you watch season two?

Can hardly wait for season 2