What’s in store for Marvel’s The Punisher? Recently, Netflix released a new poster for the upcoming series.

The Daredevil spin-off will follow The Punisher (aka Frank Castle (Jon Bernthal)) as he “uncovers a conspiracy that runs far deeper than New York’s criminal underworld.”

Marvel’s The Punisher is slated to debut on Netflix later this year.

Check out the new poster art below: 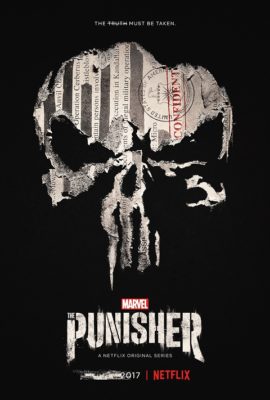 What do you think? Are you a fan of Netflix’s Marvel series? Will you watch The Punisher?