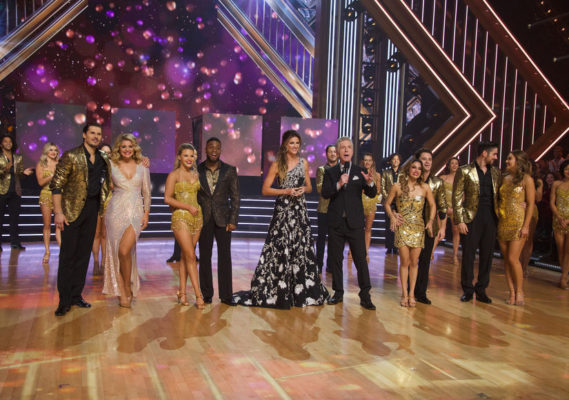 Get ready to groove some more! ABC has announced they’ve renewed Dancing with the Stars for the 2020-21 season.

The ratings for Dancing with the Stars have dropped quite a bit over the years. The series no longer airs two cycles a year but it still does well enough to stay on the alphabet network’s schedule.

What do you think? Are you a fan of Dancing with the Stars TV show? Will you watch season 29 when it airs on ABC?

I love this show! Dance and music make people happy!

I have watched every season and it has become less interesting. I don’t know how you select your Stars but the last few seasons are awful choices. You seem to be catering to a younger audience who may know the stars but are not that well know to older viewers. Take the upcoming season. I do not know one of them! So many tv shows start off with roaring success, then over time, they become flat. This is what is happening now. Get better stars and bring Derek back! He made that show!

I swear if they cancel this show I will never ever watch anything on that network. Ever. My favorite show can’t wait til it comes back on.

I will definitely watch the new season! I am looking forward to it!

I will definitely be watching hope to get tickets to show also!

Yes,I will watch, but I think you should change something, like add a person that is not a celebrity , someone that was bullied or abused,or wants to lose weight, that need a life changing experience. I will do it. Pick me pick me.

Yes I will watch the show. Wish it was on twice a year.

Yes I will watch the show.

Leave dancing with the star on.love the entertaining.

I love dancing with the stars.please. please don’t take best interning show I ever watch can’t wait for it to come back on

I will not be watching DWTS next season. Was very disappointed with the undeserved winner from the last show. It had to be fixed. She was no dancer. I was a huge fan. Went to DWTS show in Texas.

I love Dancing with the Stars. I watch and I vote.
I’m so glad it’s coming back.

I love this show! I sometimes have to watch the recording or catch it on Hulu next day if away form home. Still I love watching how much team work and passion goes into the routines from the whole cast and crew.