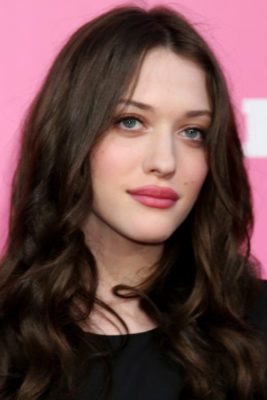 From creator Jordan Weiss, the comedy “follows a young woman who – after being dumped by her longtime boyfriend – must deal with her own imagination in order to literally and metaphorically re-enter the world of women, and rekindle the female friendships she left behind.”

Hulu has ordered 10 episodes of Dollface, which is being executive produced by Weiss, Dennings, Ira Ungerleider, and Margot Robbie.

Dollface is set to begin production in 2019. The comedy follows a young woman who – after being dumped by her longtime boyfriend – must deal with her own imagination in order to literally and metaphorically re-enter the world of women, and rekindle the female friendships she left behind.

“Reading Jordan’s script was like opening a window into my own brain,” says Dennings. “I’m so inspired by the stellar team we have around us and the unique world of this show, especially with Matt Spicer at the helm.”

Dollface will debut alongside Hulu’s growing original comedy slate, which includes the Emmy nominated I Love You, America with Sarah Silverman, as well as upcoming series Ramy, Mindy Kaling’s Four Weddings and a Funeral and Shrill.

“Jordan is an exciting, new voice that has something specific and provocative to say about her generation,“ said Hulu’s SVP of Content, Craig Erwich. “As we seek out fresh perspectives and new, thought-provoking projects, Dollface is exactly the type of relatable, yet distinct, series we know our audience will love. We can’t wait to work with Jordan and Kat, as well as our partners at ABC Signature Studios, LuckyChap Entertainment and Clubhouse Pictures, to bring this series to life.“

“We are thrilled to expand our partnership into television and produce Dollface with such fantastic and collaborative partners as we continue to champion strong and unique female characters onscreen,” says LuckyChap Entertainment and Clubhouse Pictures. “We couldn’t be more excited that Kat Dennings will take on this incredible and complex character.”

The series marks Hulu’s third project with ABC Signature Studios following the recent pick-up of the highly-anticipated Little Fires Everywhere, as well as the first joint TV production project for LuckyChap Entertainment and Clubhouse Pictures, who together recently produced the award-winning film I, Tonya and who are in active pre-production on the untitled Birds of Prey film at Warner Bros.

Dennings is best known for her co-lead role on the CBS comedy 2 Broke Girls, which ended its six-season run last spring. She recently wrapped production on the independent comedy feature Friendsgivingstarring opposite Malin Akerman and Jane Seymour. Dennings was last seen on the big screen in Disney/Marvel Studios’ famed box-office hits Thor and Thor: The Dark World. Her other film credits include Nick and Norah’s Infinite Playlist opposite Michael Cera, Charlie Bartlet opposite Robert Downey Jr., and Judd Apatow’s The 40-Year-Old Virgin. Additionally, Dennings was recently seen on Aaron Sorkin’sNewsroom and has appeared on some of television’s most critically acclaimed dramas including, ER, Without A Trace and Sex and the City.”

What do you think? Are you a fan of Kat Dennings? Will you watch her new Hulu series?

Yes I will watch her. I really enjoyed her on 2 Broke girls.