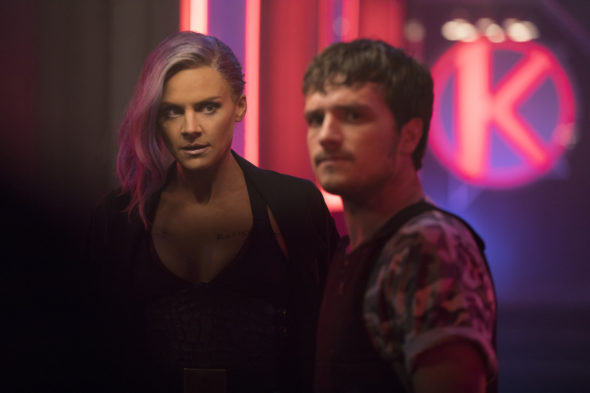 Hulu is going back to the future. Today, the subscription streaming service renewed the Future Man TV show for a second season of 13 episodes*. Watch the announcement promo, below. Although an exact season two release date is not yet available, Future Man season two is expected to debut on a date TBD in 2018.

Although Hulu has not yet posted the Future Man season two renewal to its press site, it announced the news on Twitter. Check out the announcement video.


For once people on the internet are getting what they asked for. #FutureMan Season 2, coming to @Hulu in 2018. pic.twitter.com/QdqCY6PZzt

*NOTE: The 13 episode season two order was reported by Deadline.

What do you think? Have you enjoyed the first season of the Future Man TV series? Do you plan to stream season two when it premieres on Hulu? Tell us.

I came to this show not expecting much. Wound up binging season 1 in under three days, and now I’m so disappointed season 2 isn’t already here! 🙂 I need to see some more of the evolution of Corey Wolfheart!