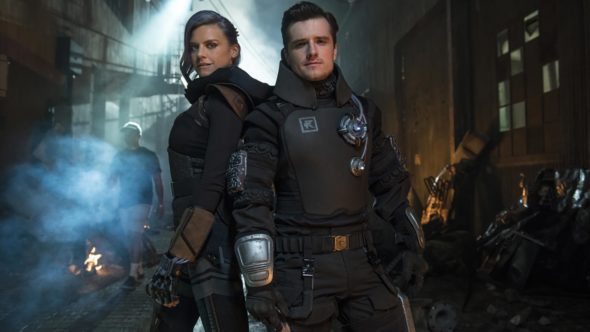 Future Man has one more season ahead of it, and Hulu has finally revealed the premiere date for season three of the series. The series will arrive in April with all eight episodes landing at once.

Hulu revealed the following about the plot of the final season of Future Man:

“Convicted of time crimes and sentenced to death by entertainment, Josh, Tiger, and Wolf become fugitives, on the run through time, trying desperately to evade capture while clearing their names and fixing the big mess of history they’ve made along the way.

Future Man premieres on April 3. Check out a trailer for season three below.

What do you think? Are you sad to see this series end?

sad to see you go

season 1 was awesome, season 2 took a bad turn, while watchable, it got a bit stupid, way to much crap,not enough good story, hopefully season 3 gets it back to a good story, so it can end well