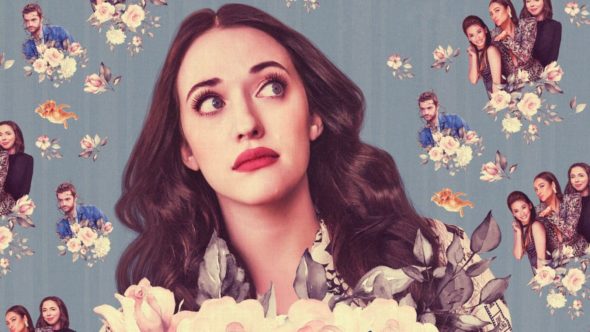 Will Jules find happiness with her friends? Has the Dollface TV show been cancelled or renewed for a second season on Hulu? The television vulture is watching all the latest cancellation and renewal news, so this page is the place to track the status of Dollface, season two. Bookmark it, or subscribe for the latest updates. Remember, the television vulture is watching your shows. Are you?

A Hulu single-camera comedy series, Dollface stars Kat Dennings, Brenda Song, Shay Mitchell, and Esther Povitsky with Connor Hines, Beth Grant, Brianne Howey, Vella Lovell, Malin Akerman, Goran Visnjic, and Shelley Hennig in recurring roles. Created by Jordan Weiss, the series follows a young woman named Jules Wiley (Dennings), a web designer at a wellness company called Woöm. After being dumped by her longtime boyfriend, Jeremy (Hines), Jules must deal with her own imagination in order to literally — and metaphorically — re-enter the world of women and rekindle the female friendships she left behind. Along the way, she befriends Izzy Levine (Povitsky), a co-worker, and reconnects with Madison Maxwell (Song) and Stella Cole (Mitchell), Jules’ best friends from college.

Unless they decide to publicize viewership, it is difficult to predict whether Hulu will cancel or renew Dollface for season two. Since Hulu isn’t completely ad-supported, it can take a chance on series it believes in and stories that need telling, but sooner or later it comes down to production costs, versus viewership numbers. I’ll keep my ears open and an eye out for news, and will update this page with breaking developments. Subscribe for free alerts on Dollface cancellation or renewal news.

1/17/20 update: Hulu has renewed the Dollface TV series for a second season.

What do you think? Are you glad that the Dollface TV show has been renewed for a second season? How would you feel if Hulu had cancelled this TV series, instead?

Happy it will be renewed. It’s grown on us and we get some good laughs! We are invested in the relationships and love that it is about women’s friendships.

Love the show!! I can’t stand waiting so long for the second season.

Happy! I just watched the first season this past week during thanksgiving shutdown. I really like the lead characters. Especially Kat Dennings and Brenda Song but I also like the Pretty Little Liars girl. Definitely anticipating season 2. Just sucks you gotta wait so long between seasons these days. I wish everyone would do it the way network tv does. Release one or 2 episodes at a time and run the series through from Fall to Spring. Hell, network tv doesn’t even hardly do that anymore with all these seasons within seasons. Winter season? What? Not in the 1990s and… Read more »

Love this show so happy for second season.

love that there will be a second season!!!

Super love the show and hope it comes back sooner than later with more than 10 episodes!

Right ?? That’s what I’m saying! Although wasn’t season 1 12 episodes? But either way, both are to short for 30 min episode series. And over a year in between seasons 1 and 2 is also crazy.

Please don’t cancel it. There’s not many decent shows and I was so upset to see there is only 1 season. I watched it in 3 days.

I love this show! Please renew!!

This show is absolutely amazing and I binged it in literally a day! I look forward to it and need a second third and forth season in my life!!!

Not hard to do when seasons are so damn short and episode links are 30 min. And when they drop whole seasons at once.

PLEASE PLEASE PLEASE renew Dollface!!!!! It is so funny and the characters are AMAZING!!! So please don’t let this gem go!!

Please renew Dollface. I love the show it’s so funny I can’t wait to watch more episodes. Dollface is a good show you should keep it going and not cancel it.

Please renew Dollface.. I really enjoyed it and I don’t get the time to watch alot of TV so if and when I do it has to grab and keep my attention which Dollface definitely did !! Love it !!