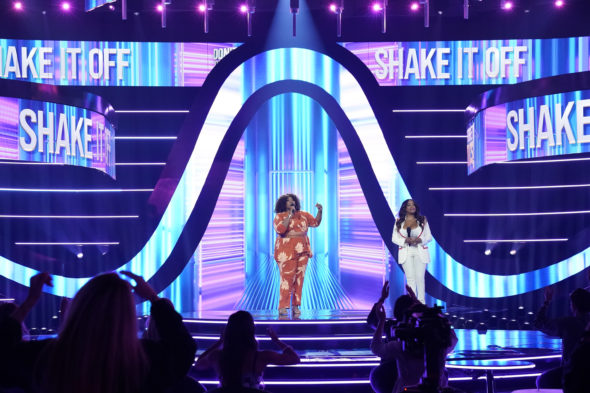 Are viewers excited to see this game show return? Has the Don’t Forget the Lyrics! TV show been cancelled or renewed for a second season on FOX? The television vulture is watching all the latest cancellation and renewal news, so this page is the place to track the status of Don’t Forget the Lyrics!, season two. Bookmark it, or subscribe for the latest updates. Remember, the television vulture is watching your shows. Are you?

Airing on the FOX television network, the Don’t Forget the Lyrics! TV series is hosted by Niecy Nash. The music competition challenges contestants’ memories of song lyrics. In pursuit of the prize money, they can choose songs from different genres, decades, and musical artists. Then, the contestant takes center stage to sing alongside the studio band as the lyrics are projected on the screen. But then, the music will suddenly stop, and the words will disappear. Can the contestant belt out the correct missing lyrics, or will they freeze under pressure? If a contestant can sing nine songs correctly, they are presented with a No. 1 hit song. If they can sing the final missing lyrics, they’ll take home the top prize of $1 million.

The first season of Don’t Forget the Lyrics! averages a 0.33 rating in the 18-49 demographic and 1.90 million viewers in the live+same day ratings (including DVR playback through 3:00 AM). While these numbers don’t include further delayed or streaming viewing, they are a very good indicator of how a show is performing, especially when compared to others on the same channel. There can be other economic factors involved in a show’s fate, but typically the higher-rated series are renewed and the lower-rated ones are cancelled. Find out how Don’t Forget the Lyrics! stacks up against other FOX TV shows.

Will FOX cancel or renew Don’t Forget the Lyrics! for season two? This game show previously ran for two seasons on the network and then moved right into first-run syndication for another year. It’s got some name recognition and is a good companion for Beat Shazam so, I think it’s got a good chance of being renewed for another summer run. I’ll update this page with breaking developments. Subscribe for free alerts on Don’t Forget the Lyrics! cancellation or renewal news.

What do you think? Do you hope that the Don’t Forget the Lyrics! TV show will be renewed for a second season? How would you feel if FOX cancelled this TV series, instead?