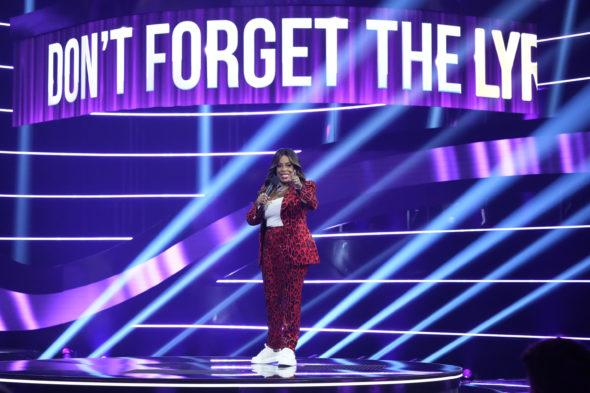 TV show description:
A musical sing-along game show, the Don’t Forget the Lyrics! TV series was created by Jeff Apploff. This version is based on the original series which debuted in 2007 and ran for two seasons on FOX.

The competition challenges contestants’ memories of song lyrics. In pursuit of the prize money, they can choose songs from different genres, decades, and musical artists. Then, the contestant takes center stage to sing alongside the studio band as the lyrics are projected on the screen. But then, the music will suddenly stop, and the words will disappear.

Can the contestant belt out the correct missing lyrics, or will they freeze under pressure? If a contestant can sing nine songs correctly, they are presented with a No. 1 hit song. If they can sing the final missing lyrics, they’ll take home the top prize of $1 million.

What do you think? Do you like the Don’t Forget the Lyrics! TV show? Do you think it should be cancelled or renewed for another season?