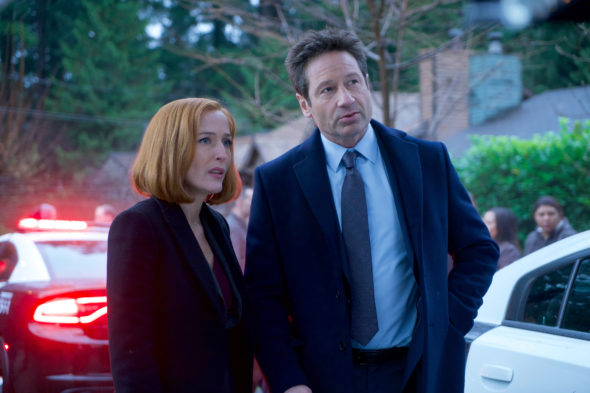 The tune is out there. The cast of the X-Files reunited recently for a new music video made for charity. David Duchovny, Gillan Anderson, and many others gathered virtually to sing a song written for The X-Files theme. A science-fiction series, the show aired on FOX for nine seasons, from 1993 until 2002, and spawned two spin-off series and a pair of feature films. The X-Files was later revived for two more seasons, from 2016 until 2018, on the FOX network.

Per Variety, the cast sang the spoken lyrics submitted by Jennifer Large and Rebecca McDonald. The pair of fans had entered a challenge looking for the best-spoken lyrics to the sci-fi show theme music.

What do you think? Are you a fan of The X-Files? Would you want to see more from the series someday?

Yes, please. Ending the show after 11 seasons was a mistake.

Yes, Yes, and more yesses, please. The X Files will always work with hard core fans. There is so much Paranormality in the news at the moment [UFO’s]. Maybe there’s a place for extracts or fan interaction in order to propel it higher.

Yes, yes, yes I want to believe there is more!