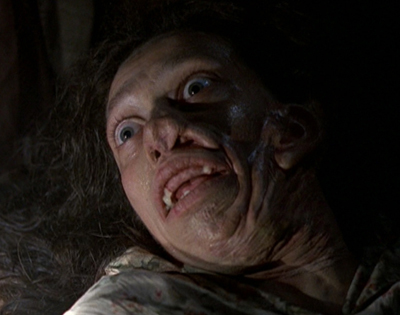 One of The X-Files most memorable stars is returning. Entertainment Weekly reports Karin Konoval will appear in season 11 of the FOX TV show.

For the new season, Konoval will not be reprising the role of Mrs. Peacock, but showrunner Chris Carter did tease she will “be returning in a tour-de-force performance in an early episode. Or, more accurately — performances.”

What do you think? Are you an X-Files fan? Are you excited for the new season?

Love The X-Files. Would like to see more than 6 episodes per season though.

It is sad, for me,but I shan’t be watching X-Files. As much as this show has always been one of my favourites I cannot bring myself to watch it this time. It seems that Gillian Anderson and David Duchovny chose to have themselves photographed ‘taking the knee’ in ‘support’ of the NFL players, coaches et al. This gesture is an insult to the Flag and Anthem of the United States and is atrocious. I don’t care if they don’t like their President (and yes, he is their President) but,show some class and honour your Flag and Anthem.

Oh no… more people exercising Constitutional rights. What ever shall we do?!?