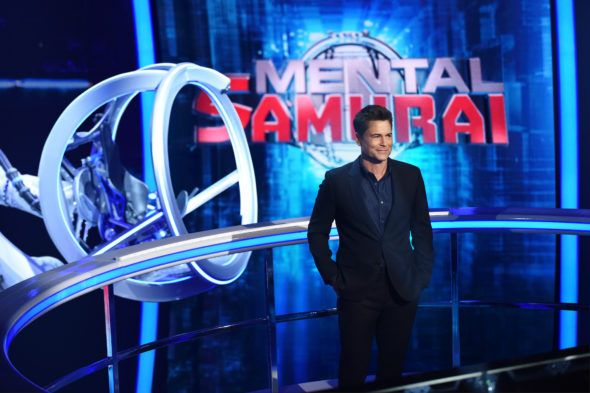 TV show description:
The Mental Samurai TV show is a game show hosted by Rob Lowe, who also serves as a producer. The competition styles itself as an obstacle course, but for the mind, rather than the body.

Not only do the competitors have to quickly and correctly answer questions which draw on their overall knowledge, memory, and ability with numbers and sequences, they play the game while inside a capsule which zooms around the set, and can rotate 360 degrees. In addition to testing their focus and skills, it is also meant to test their stamina.

While the contestant pool is made up of people from all walks of life, and anyone can play, almost no one can win.

What do you think? Do you like the Mental Samurai TV series? Should this FOX TV show be cancelled or renewed for another season?

We love this show. When will new episodes be on.

I love this show please keep it

Love it. Got my grandchildren hooked on it.

I hope this show gets renewed. It’s such a Great Show, it makes me think, it makes me laugh. It’s just everything I love in a show

I love this show, I think it needs to be renewed. Please continue this show.