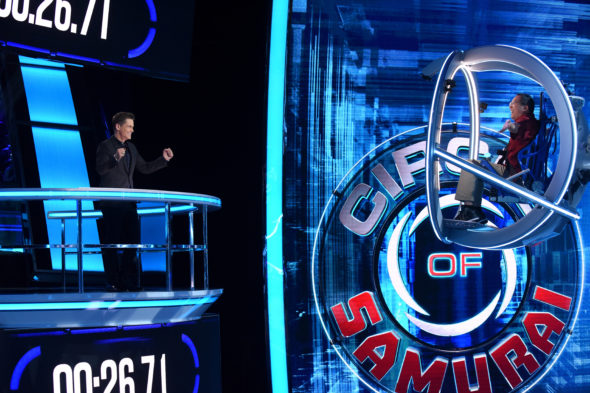 Rob Lowe is staying busy over at the FOX network. The actor currently stars in the channel’s Monday night drama, 9-1-1: Lone Star, and now, FOX has renewed the Mental Samurai game show for a second season. Lowe is the host and a producer on the latter program. Season two debuts on Wednesday, April 22nd, at 9:00 PM. *Update below.

“MENTAL SAMURAI is a one-of-a-kind show that brilliantly marries intellect and physicality, and we’re so happy to partner with Warner Horizon Unscripted, Arthur Smith and Jeff Apploff to bring it back for a second season,” said Wade. “Of course, at the heart of MENTAL SAMURAI is the incomparable Rob Lowe, who, between this and his fantastic work on 9-1-1: LONE STAR, has become such a key member of the FOX family.”

“The show fires on every single level,” added Mike Darnell, President, Warner Bros. Unscripted and Alternative Television. “Rob Lowe, the producing team, the set, the technology and the network. We couldn’t ask for a more perfect combination.”

MENTAL SAMURAI is the perfect combination of game show, sporting event and thrill ride, in which everyday people from across the country battle each other and the clock, answering a wide variety of fun and interactive questions about topics ranging from the Hall of Presidents to Hall & Oates. If that wasn’t enough, players must tackle these difficult questions while being whipped around the arena strapped into Ava, a high-speed capsule and robotic arm capable of twisting and turning a full 360 degrees! The stakes have never been higher this season, as players will earn money with each correct answer, but with even one mistake, the ride comes to a screeching halt. In the end, the player who correctly answers the most questions the fastest will enter the Circle of Samurai for a chance to win up to $100,000 and return the next night to face a new group of colorful competitors vying to win the title of MENTAL SAMURAI.

Since its debut on FOX in 2019, the format has produced multiple seasons in several territories around the world.

About Warner Horizon Unscripted Television
Warner Horizon Unscripted Television is one of the entertainment industry’s leading producers of primetime reality series for both network and cable. A division of Warner Bros. Unscripted & Alternative Television, led by Mike Darnell, Warner Horizon’s Unscripted slate includes “The Voice,” “Little Big Shots” with Melissa McCarthy, the Ellen DeGeneres-hosted “Ellen’s Game of Games” and the upcoming “Ellen’s Greatest Night of Giveaways” for NBC, plus “The Bachelor” franchise, which includes “The Bachelorette,” “Bachelor in Paradise” and the upcoming touring version “The Bachelor Live on Stage,” as well as digital and podcast extensions of the long-running franchise.

What do you think? Did you watch the first season of Mental Samurai on FOX? Will you be watching season two?

*FOX subsequently changed its plans (likely because of the pandemic) and will launch season two of Mental Samurai at a later date.

my partner and i both really like samurai . i hope there is more to come

PLEASE keep making this game show – I LOVE IT – give it more time…pandemic didn’t help I am sure!

I absolutely love this show! Just binged on season one! Please bring it back.

Love the show excited to see that it was coming back

Love show but why did you show guy from last season? He was the only winner on this season.

I watched Mental Samurai Season 1 and was hoping it would be renewed for a second season. I live in Florida and saw Season 2 Episode 1 on Wednesday, April 1. It is on Fox at 9 p.m. Eastern time. It was the entire show not just a little part of it. I am really glad this show got renewed. I like Rob Lowe. He is an excellent host for the show.