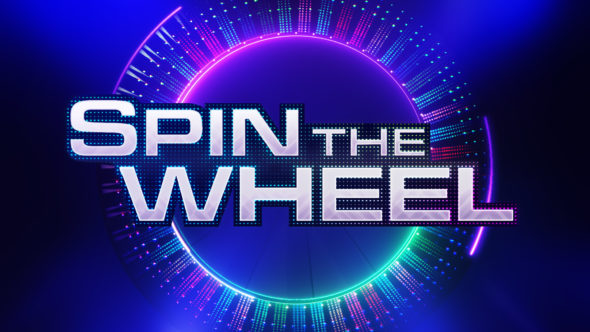 TV show description:
From creators Andrew Glassman and Justin Timberlake, the Spin the Wheel TV show is a primetime game show hosted by actor and producer Dax Shepard. The high-stakes game affords contestants the opportunity to win over $20 million per episode.

Players spin the colorful 40-foot wheel, which is divided — much like the Wheel of Fortune wheel — into wedges, with each one containing either a prize, or a penalty. They win or lose by the fall of the ball, which can land on a big prize or take them all the way back to zero.

To play, the contestants answer pop culture trivia questions. With each correct answer, the player gets to add another prize wedge to the wheel, but each incorrect answer brings with it a wedge that puts their winnings in jeopardy. As they progress, players must choose to either walk away with the prize money in their bank, or risk the entire thing to spin the wheel another time.


What do you think? Do you like Spin the Wheel TV series? Should this FOX TV show have been cancelled or renewed for a second season?

Love the show and hate to see it leave. Good entertainment especially for us on fixed income and can dream it was us up there.

when is the season 1 finale

Love the show , but why take any offer just go for it . you came with zero, leave with zero if thats what happens, I have watched episodes where people could have ended up with way more$

What was the amount of money did they take home on tonight’s show?

I like it, but am SO OVER the built-up manufactured and artificial drama of the “did they-didn’t they take the offer” crap! just want to let the wheel be the excitement please! and PLEASE – let more people win!

I say that renew it’s interesting to see.

Okay variant of The Wall. Irritated that each show re-runs three or four times. Could do without all the tearful I-love-yous all through.

Spin the wheel is a fun, fantastic show! I believe that it definitely should not be cancelled!!!

Love the concept of giving worthy contestants a great opportunity however there are everyday heroes around us such as my friend whose a special ed teacher in Garland TX or my son in law enforcement that are just as worthy.

The host Dax Shepard is not entertaining and a blah host at best. The game is ok but kind of ruined by the monotone voice of the host. The contestants are entertaining and emotional. I am not impressed by the show.

This was just like THE WALL used to be only with harder questions & a lot more ways on that wheel NOT to win big money! Skipping it from now on.

Spin the Wheel is a very exciting show, please keep more episodes coming, will be looking forward to them. Thank you.