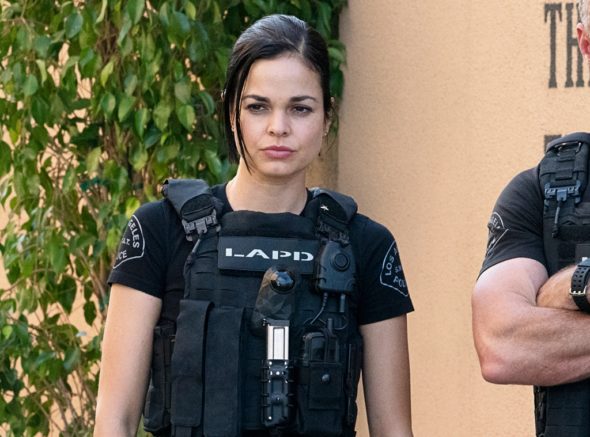 SWAT saw the exit of one of its original cast members during the season five finale. Actress Lina Esco has departed the CBS series after playing Officer Christine Alonso for 106 episodes. The groundwork for the character’s exit from the show was laid weeks ago with Alonso’s plans to leave SWAT and take over the safe house for Mama Pina. Esco confirmed her exit from the CBS show in a post on her Instagram account.

Per Deadline, Esco said the following about her exit from the CBS series:

“Bringing to life a strong, smart, bisexual character like Chris Alonso has been both a pleasure and a powerful opportunity to increase visibility for diverse women everywhere. Five years later, I am leaving S.W.A.T. to pursue new creative endeavors. Chris never backs down from the unknown and as an actor and director, I’m excited to step out of my comfort zone and embark on a new chapter, too.

That said, this is one of the most difficult decisions I’ve had to make. I’m forever grateful to my S.W.A.T. family – my fellow cast, writers, and producers – for an incredible journey. To the amazing S.W.A.T. fans, you are the heart of the show. I can’t thank you enough for your support and for walking beside me through all of Chris’ journey!”

SWAT has been renewed for a sixth season, and it will return to Friday nights next fall.

What do you think? Are you sad to see Esco leave SWAT after five seasons on CBS?

Will miss her greatly!

Yes especially since her and street finally got together. How’s that gonna work. They are together but she’s gone? Weird story line. Nevertheless I will be looking forward to season 6! Love me some S.W.A.T. And that season finale was off the hook!

My least favourite character. Not that the character was bad but just didn’t quite fit in for me.