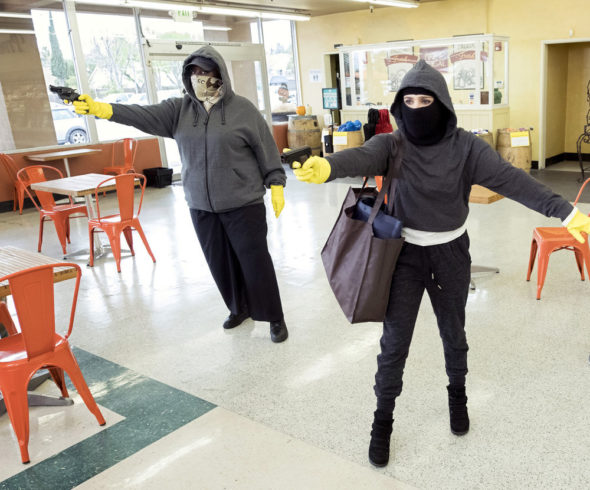 While Santa is double-checking his list of good girls and boys, NBC has released the official Good Girls TV show trailer. Watch it, below. The story centers on three suburban mothers who have grown sick and tired of trying to make ends meet, so they hold up the local supermarket. Creator Jenna Bans writes the crime dramedy and executive produces with director Dean Parisot, and with Jeannine Renshaw.

What do you think? How did you like the official Good Girls TV show trailer? Do you plan to check out this new NBC TV series, when it premieres?

I love this show, its funny, lots of drama, can’t get enough!

I love it! I find it hysterical!! It’s all the things that you sometimes wonder if you should do when you get fed up with life kicking you in the teeth, but then realize all the worst possible repercussions. Greatly entertaining!

5 minutes of this crap is all I could take. No wonder our society is where it is. Yet these so called Stars will stand and preach their moral compass. Another great step forward for women!

this one definitely goes on my list… Cable worthy. Smart and truly scary. Easy to imagine things spiraling out of control like this. I already saw the premiere… I defy anyone to watch Good Girls and not feel the tension… Imagine, one false step over the edge and PLOP… you’re in it….. Funny, gritty and real… Some moms are tsk tsk tsking it for content that stretches the limit, but it is on at 10 o’clock and these days kids hear dirtier stuff out of Washington…. Re-writes the book… Don’t miss it!