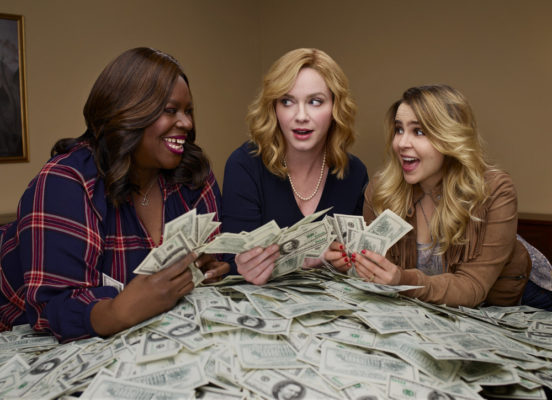 Good Girls has some new company. According to TVLine, a new lead character is joining the NBC TV show for season three.

The comedy-drama centers on three suburban mothers who have been struggling to get by. After a series of setbacks, they hold up the local Fine & Frugal supermarket, but their take far exceeds their expectations. The cast includes Christina Hendricks, Retta, Mae Whitman, Matthew Lillard, and Reno Wilson.

Annie, Beth and Ruby will definitely need and seek out the expertise of a graphic designer. [The new character] might also be a suburban mom with a questionable background and has no interest in being a ‘good’ girl.”

Season three of Good Girls is expected to debut on NBC in 2020.

What do you think? Do you watch Good Girls? Are you looking forward to season three?

The show needs Rio… That’s just a fact. If you want the viewership, he is key because he’s so hot. Most people I have watched the show with perk up and pay attention when he’s on screen. The three ladies are perfect in their roles too… but, you know… Rio.