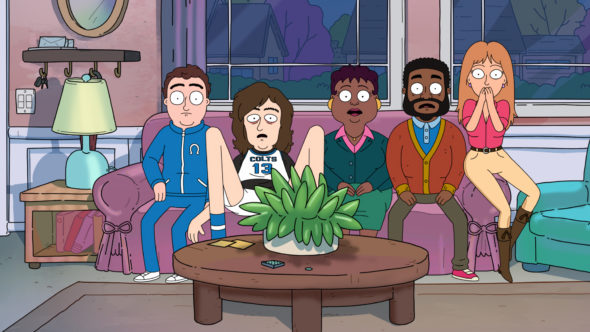 It looks like this game is over. Netflix has cancelled the Hoops TV series so, there won’t be a second season.

The first season was released on August 21st and, according to Variety, there weren’t enough viewers watching the 10 episodes for Netflix to want to order a second season.

What do you think? Do you like the Hoops TV series? Would you have watched  season two on Netflix?

I really liked this show. It was funny and good I have watched it a few times. It sucks there won’t be any more. Was really hoping there would be more. I want to know what coach and Matty was going to do about the flat tire and get to the other school. Please bring it back.

I love this show. So sad theres not gonna be a season 2

Loved the hoops season one. Was constantly checking to see when season 2 was coming out. What a shame, I loved it. Bad decision on Netflix’s part.

was looking forward to season2. please bring back the hoops

We loved this show. Too bad it’s one and done. I absolutely would have tuned in for season 2.

Man just another badass show shut down Netflix you suck.

What a shame! Was so looking forward to season two! This show was definitely underrated! I hope Netflix, Hoops change their mind and create an even funnier season two than season one.

Please bring hoops back! Netflix cancels way to many shows. I think I’m getting ready to drop netflix. They don’t keep anything!

WHAT ! I was waiting for the second season. i loved it. :((( hope they can find another producer

I know, right? Talk about a let down. Then again Netflix hates fun and loves being gross. Cuties, Never Have I Ever, Yes God Yes, I’m sensing a pattern here. Hmm.

I agree I liked it.big Jake Johnson fan he is funny.

Yes, I would love to see season 2 and many many more season from Hoops Netflix I really like the show please don’t get rid of Hoops y’all been getting rid of a lot of good shows.

I liked it. Thought Coach Ben was an idiot but in a funny way. I’d have definitely watched season 2.

Well it was horrible so im not suprised