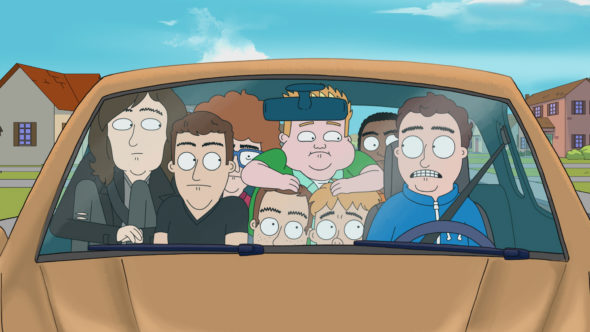 Can Coach Hopkins keep his dignity in the first season of the Hoops TV show on Netflix? As we all know, the Nielsen ratings typically play a big role in determining whether a TV show like Hoops is cancelled or renewed for season two. Netflix and other streaming platforms, however, collect their own data. If you’ve been watching this TV series, we’d love to know how you feel about the first season episodes of Hoops here. Status Update Below.

What do you think? Which season one episodes of the Hoops TV series do you rate as wonderful, terrible, or somewhere between? Do you think that Hoops on Netflix should be cancelled or renewed for a second season? Don’t forget to vote, and share your thoughts, below.

This show is awesome. Just because the critics don’t like it doesn’t mean anything. Have you seen since of the huge gaps between critics and veiwer reviews for other shows and movies? The critics have a huge reality gap from the actual veiwers. This show is gold, bring it back

I personally love this show! If you’re okay with a little explicit humor and like the adult cartoon types, then I would totally watch this show. It’s only negative reviews from parents and other websites are the fact that it uses explicit language; but it has a maturity warning and is marketed as an adult cartoon- like a lot of other shows on tv nowadays- this one happens to have great voice acting, writing, and silly moments that keep you entertained!