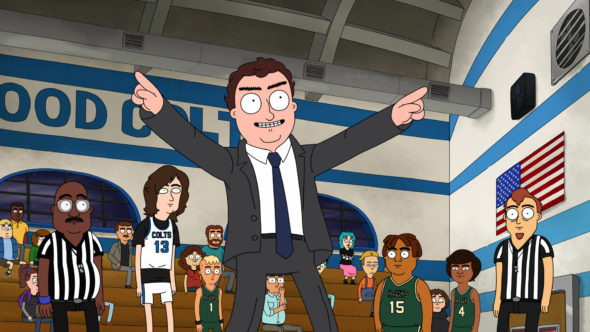 The story revolves around Coach Ben Hopkins (Johnson), a hot-headed and foul-mouthed high school basketball coach. He thinks that, by turning around his awful team, he’ll be able to move up to the “big leagues” and turn his miserable life around. One of the basketball players is Matty (Miles), a 7-foot tall tall 16-year-old.

Ben’s father is Barry (Riggle), a legendary former basketball player and the owner of Hopkins Steakhouse.

What do you think? Do you like the Hoops TV show? Do you think it should be cancelled or renewed for another season?