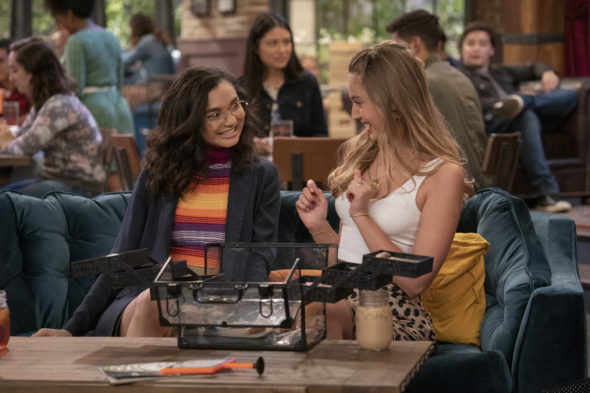 Did the teen genius see this coming? Netflix has cancelled the Ashley Garcia: Genius in Love comedy series. There won’t be a second season but, the multi-camera sitcom’s not over quite yet.

Created by Mario Lopez and Seth Kurland, Ashley Garcia: Genius in Love stars Paulina Chávez, Conor Husting, Bella Podaras, Reed Horstmann, and Jencarlos Canela. The series revolves around Ashley Garcia (Chávez), the world’s only 15-and-a-half-year-old rocket scientist and robotics genius engineer.  She gets the chance to work for a prestigious company and moves across the country to live with her fun-loving Uncle Victor (Canela), a pro football player turned high school coach who has a hard time with responsibility. The series is also known as The Expanding Universe of Ashley Garcia.

According to Deadline, the show won’t have a second season but, a 15th episode — a Christmas installment — has already been produced and will be released later this year. The episode is a standalone episode and, unfortunately for fans, won’t serve as a true series finale.

What do you think? Have you watched the Ashley Garcia: Genius in Love TV show on Netflix? Are you sorry that there won’t be a second season? Will you watch the holiday episode?

This show is a perfect all around show for all ages. It’s a shame that you guys just can’t give us this show more. I would very much to see this return.

Is Stick going to get over Ashley

Seems like Netflix has no loyalty to Latin Themed Shows. It is a common showing for Netflix to drop any shows that are positive Latino.

PLEASE PLEASE PLEASE HAVE THERE BE A PART 3 I NEED TO KNOW WHAT HAPPENS LIKE WILL ASHLEY AND HER BOYFRIEND BREAK UP OR WILL THEY STAY TOGETHER?