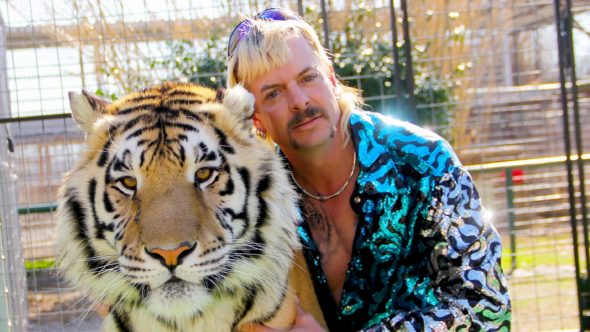 Are you hungry for more Tiger King? Recently, producers Eric Goode and Rebecca Chaiklin spoke with Entertainment Weekly about the possibility of a second season for the Netflix TV show.

The true crime docuseries focuses on the conflict between Joe Exotic, the owner of a private big cat zoo in Oklahoma, and Carole Baskin, the owner of a non-profit animal sanctuary.

All anybody can talk about is Tiger King, so will there be a second season for the Netflix series? Producer Rebecca Chaiklin said she isn’t sure but there is more story to tell:

I mean, yes we have a crazy amount of footage and it’s a story that’s still unfolding. We’re not sure yet, but there could be a follow-up on this story because there’s a lot that’s still unfolding in it, and it’ll be just as dramatic and just as colorful as what has unfolded these past few years.”

What do you think? Have you seen Tiger King? Would you watch a follow-up season?

Yes I seen it because I heard about it . No I wouldn’t watch it because the animals were the ones that lost because of greed.

I have seen the series but I would recommend a second season. This series should end