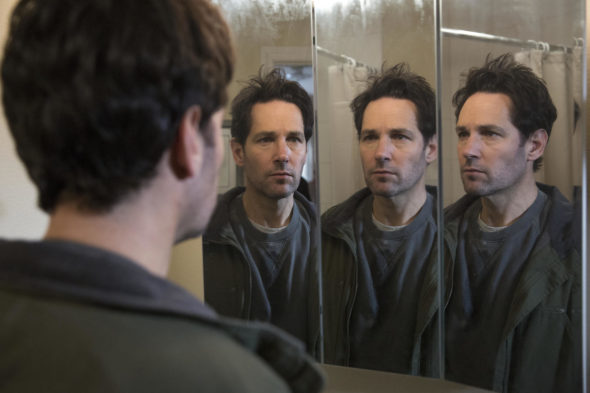 TV show description:
In the Living with Yourself comedy series, Miles Elliot (Rudd) is a copywriter at Pool Marketing and is unfulfilled by his ordinary life and job. A co-worker tells Miles that he can change his life by visiting the very expensive Top Happy Spa.

He talks to two men who work at the spa and agrees to the treatment. The two men argue as Miles falls asleep while wearing an oxygen mask. Hours later, he awakens buried in a forest and manages to dig himself out of the grave. He makes his way home, only to find his wife, Kate (Aisling), with another man that looks just like him — Miles 2.0. His doppelganger is a new and improved version, revealing that Miles’ own worst enemy is actually himself.

What do you think? Do you like the Living with Yourself TV show on Netflix? Do you think it should be cancelled or renewed for another season?

I am hoping for more seasons. Love this show,and Paul Rudd rocks this character. I might cancel my subscription if they don’t keep good shows going.