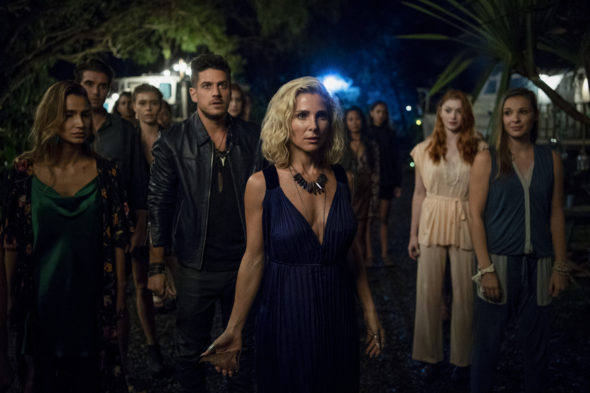 She finally arrives, only to find her hometown awash in mystery. When a fisherman’s corpse washes ashore, Cal realizes she must figure out what is going on.

That may sound easier than it is. Although the Orphelin Bay has no shortage of secrets, they all pale beside the community of unusual outsiders who live nestled into an obscured area of the bay — the Tidelanders. .

What do you think? Do you like the Tidelands TV series? Should this Netflix TV show be cancelled or renewed for another season?

Please renew for a second season. Or make a movie to wrap everything up. Or have the creators turn authors and turn this series into books. Which ever, I’m not too picky. I just need more from this story and ending season 1 on a cliffhanger is killing me. Since discovering this show, last year, I have watched the full season about 6 times already. I can’t get enough.

It’s a great show, absorbing and complex. I want more.