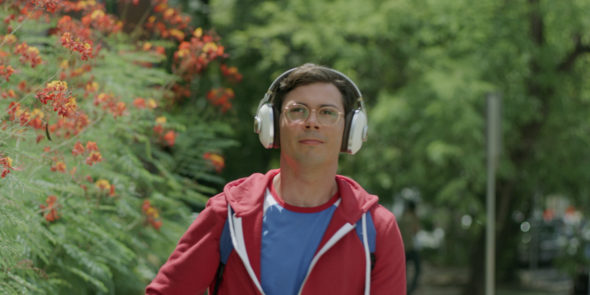 TV show description:
From creator Ryan O’Connell, who executive produces with Jim Parsons, the Special TV show is a digital short-form series, based on O’Connell’s 2015 memoir, I’m Special: And Other Lies We Tell Ourselves. O’Connell stars as Ryan Kayes, a gay man living with mild cerebral palsy.

Ryan had long toiled away in internships with no future career path or blogging from home in his PJs. Then he discovered a way to take his life “from bleak to chic” and the game was on.

For years, Ryan has been in the closet about his sexuality. After being struck by a car, he decides to tell his new co-workers that his physical condition is a result of the car accident, rather than his CP. At first, he feels utterly liberated, but after a while, he feels stuck in this second closet –ensnared by a trap of his own design.

In addition to exploring his ruse and its consequences, the comedy delves into Ryan’s co-dependent relationship with his mother. It also takes a frank look at his sexuality and sexual relationships.

What do you think? Do you like the Special TV series? Should this Netflix TV show have been cancelled or renewed for a third season?

Special is a great show and should be continued. Just like always the best content gets cancelled in favor of CRAP reality BS shows.