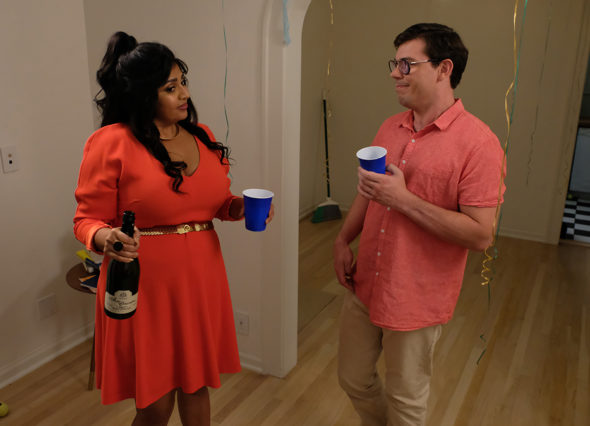 Something special is coming in May. Netflix has announced that the second season of the Special TV series will be released on May 20th. There will be eight episodes once again but they’ll be 30 minutes this time around (previous episodes ran for about 15 minutes each). The streamer has revealed that the show is ending (seemingly cancelled) so viewers shouldn’t expect a third season renewal.

A comedy series, Special stars Ryan O’Connell, Jessica Hecht, Punam Patel, Marla Mindelle, Augustus Prew, and Patrick Fabian. In addition to starring as Ryan Kayes, O’Connell also created and writes the series, which is based on his memoir, I’m Special: And Other Lies We Tell Ourselves. The story centers on Ryan, a gay writer living with mild cerebral palsy, who decides to tell his new co-workers that a car accident is responsible for his physical condition. At first, he feels liberated by hiding his disabled status in the closet but then starts to feel ensnared in a trap of his own making.

Special was renewed for a second season in December 2019 and production on season two kicked off in October.

SPECIAL s2 will feature eight 30-minute episodes "to finish the story," says creator Ryan O’Connell. "Creating this show has been the highlight of my g-damn life.” pic.twitter.com/agxOkzvRIU

Of the show coming to an end, O’Connell wrote, “After two seasons, Special is sadly coming to an end. Thank you to the fans and Netflix for allowing me to make exactly the show I wanted to make and for giving me 30-minute episodes to finish the story. Creating this show has been the highlight of my g-damn life.” It was recently announced that O’Connell has also written a novel. Just By Looking at Him will be published next year.

What do you think? Are you looking forward to watching season two of the Special TV series on Netflix? Are you disappointed that there won’t be a third season?

Really disappointed in Netflix for not renewing Special for a season 3. Terrific show, cast and story lines.

Such a beautiful work for a world weary from understanding those around them that differ while ignoring that we all share the most important element:inner peace