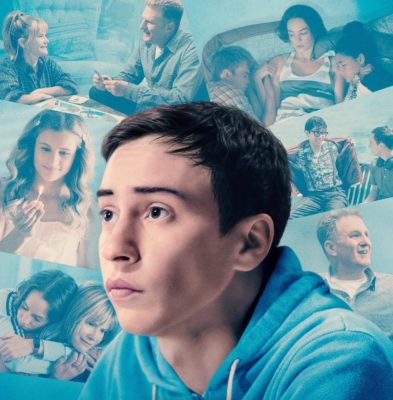 Does Sam’s story come to an end in the third season of the Atypical TV show on Netflix? As we all know, the Nielsen ratings typically play a big role in determining whether a TV show like Atypical is cancelled or renewed for season four. Netflix and other streaming platforms, however, collect their own data. If you’ve been watching this TV series, we’d love to know how you feel about the third season episodes of Atypical here. *Status update below

A Netflix dramedy Atypical stars Keir Gilchrist, Jennifer Jason Leigh, Michael Rapaport, Brigette Lundy-Paine, Nik Dodani, and Jenna Boyd. This coming of age series centers on Sam (Gilchrist), a young man on the autism spectrum who’s now a freshman in college. He grapples with new challenges, from making friends to managing his schedule. When Sam decides to get a girlfriend, his bid for more independence puts his whole family (Leigh, Rapaport, and Lundy-Paine) on a path of self-discovery.

What do you think? Which season three episodes of the Atypical TV series do you rate as wonderful, terrible, or somewhere between? Do you think that Atypical on Netflix should be cancelled or renewed for a fourth season? Don’t forget to vote, and share your thoughts, below.

*2/24/20 update: Netflix has renewed Atypical for a fourth season.

I just love this show in so many ways. I laugh and cry. It’s sad and joyous. I love the people and what their going through. Don’t cancel this show. I need more. This is a hugh show and needs to be advertise more.

I just finished watching the 3rd season of Atypical and it was awesome! I really hope and pray that Netflix renews it for many more seasons. There is at least 2 more seasons worth of stories to tell.

Love this show and hope it gets renewed. I’m sorry I’m already finished with Season 3 – the last episode was so wonderful showing so much growth for Sam.