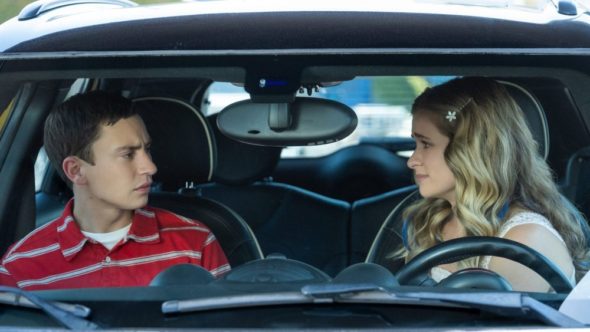 Sam Gardner’s story is coming to an end on Netflix. The streaming service has announced that the Atypical TV show has been renewed for a fourth, albeit final, season. The final 10 episodes are expected to be released in 2021.

A coming-of-age dramedy series, Atypical stars Keir Gilchrist, Jennifer Jason Leigh, Michael Rapaport, Brigette Lundy-Paine, Nik Dodani, and Jenna Boyd. This coming of age series centers on Sam (Gilchrist), a young man on the autism spectrum who’s now a freshman in college. He grapples with new challenges, from making friends to managing his schedule. When Sam decides to get a girlfriend, his bid for more independence puts his whole family (Leigh, Rapaport, and Lundy-Paine) on a path of self-discovery.

Netflix announced the final season renewal via Instagram and included a heartwarming compilation video. Lundy-Paine released a post about the renewal of her own.

What do you think? Have you enjoyed the Atypical TV show? Is season four a good place to wrap up the series?

No we need at least 4 more season’s

I am hooked on Atypical! Glad I found this series…Not looking forward to the end of season 4; The content & storylines should be endless where Autism and its effects on the family, friends and the uninformed are concerned.

I am happy to hear there is another season coming for Atypical, but I’m sad to learn it will be their final season. I have a son on the Autism Spectrum and it is refreshing to see a representation of his world. I feel like this show could go on forever and always be entertaining as there’s no way to predict some of the things that someone on the autism spectrum may say or do. I also love the way the other characters have been portrayed and their roles in the story. There’s so much junk on TV, it always… Read more »