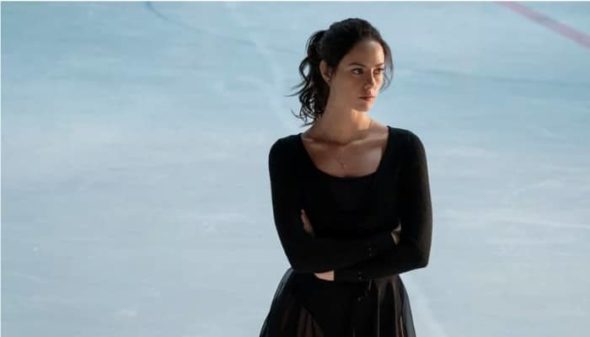 TV show description:
A dramatic series created by Samantha Stratton, Spinning Out revolves around a figure skating Olympic hopeful who battles her personal demons and faces drama both on and off the ice.

Kat Baker (Scodelario) is an up-and-coming, high-level single skater who’s about to turn in her skates after a devastating fall took her off the competition track. When Kat seizes an opportunity to continue her career as a pair skater with a talented and wealthy bad-boy partner named Justin Davis (Roderick), she risks exposing a fiercely kept secret that could unravel her entire life.

On and off the ice, Kat and Justin face daunting odds, injury to body and soul, financial sacrifice, and even potential mental breakdown on their way to realizing their Olympic dream.

Series Finale:
Episode #10 — Kiss and Cry
Kat and Justin’s romance and Olympic dreams teeter on an edge while the relationships around them skid toward their own crossroads.
First aired: January 1, 2020.

What do you think? Do you like the Spinning Out TV show? Do you think it should have been cancelled or renewed for a second season?

Such a shame that this was cancelled. I loved it!

Love this show! First ice skating series I can remember, and we don’t need to lose it!

Please renewed this showe❤ love in this show

ENJOYED IT. RENEW IT