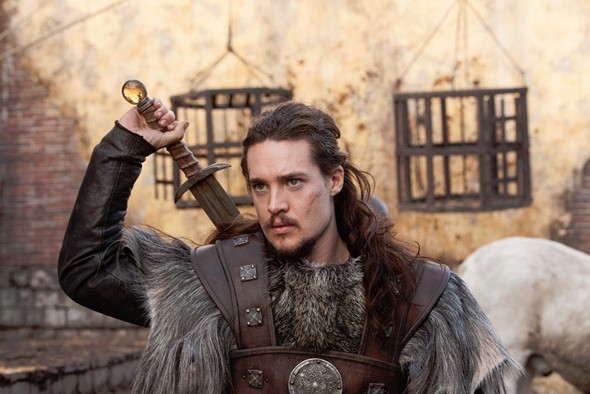 Will there be another season of The Last Kingdom? SpoilerTV reports the UK series has been renewed for a third season.

The historical drama, which streams on Netflix in the U.S., takes place during the early history of England, when the land was divided into separate kingdoms. The cast includes Alexander Dreymon, David Dawson, Emily Cox, Ian Hart, and Tobias Santelmann.

Recently, a casting notice was released for season three of The Last Kingdom. Neither Netflix nor the BBC have confirmed a renewal, but the casting notice suggests there most likely will be.

What do you think? Do you watch The Last Kingdom? Are you glad there will be another season?

I can’t wait for season 3. The cast is fabulous and the story lines are great even if you’ve already read (and loved) the books.

I hope there is a season three! I also found it on Netflix and watched the first two seasons in about a week and a half and was mad that I will have to wait for more!

I really, really hope so. I cannot get enough of this show. It certainly rivals Game Of Thrones!!.

Yes! There has to be third season! I can’t wait to see what happens.

I just watched both seasons and loved it. I hope to see season3.

I REALLY HOPE IT GETS A RENEW ITS SUCH A GREAT SERIES !!!!

I just finished season 2 and I loved it! I’ll be so upset if I don’t get some closure!!

There has to be— I love this show and there are many things to be resolved. Several more seasons at least!!

I Love The Last Kingdom! Very well done and great acting! Please give us another season!

Love the series and really hope they will continue with a season 3. 4, 5 etc

Please!
I’ve been assuming all year that there would be a third season and my heart is now skipping a beat thinking that might not happen!

I love this series. I was looking for something to watch and found The Last Kingdom and loved it. I am glad of a third season but will be sad when it ends but so to did history.