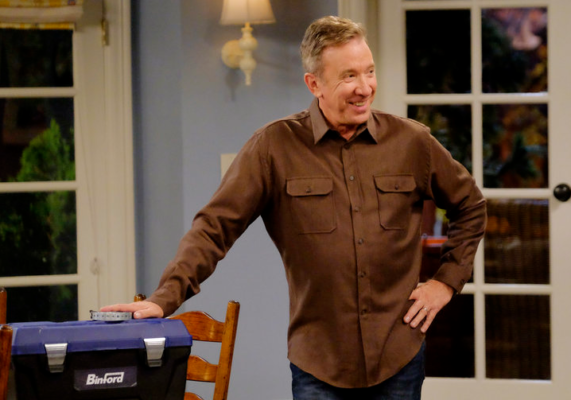 On Norm MacDonald’s podcast, Allen revealed he has no idea why ABC ended Last Man Standing and the whole situation “was handled very badly.” The comedian also suggested his political leanings possibly led to the show’s cancellation, saying “There’s nothing more dangerous right now than a likable conservative.”

Though, earlier ABC Network boss Channing Dungey made it clear that Allen’s politics had “absolutely nothing to do with” the end of Last Man Standing.

What do you think? Did you watch Last Man Standing? Would you have watch another season?

Me and my husband loved Last Man Standing!! It was a great show… I hate they cancelled it!!

ABC is very disappointing for a more mature audience. I watched “Last Man Standing” faithfully every Friday night. The cancellation was Ill considered and I don’t know how the channel will keep watchers on Friday nights. I guess it was too clean and about a real family. If IT is shown somewhere else, I will be watching.

My favorite show,! ABC stinks & Tim Allen brought something you really feel good about . Shame politics came into play . Just couldn’t stand it could they! Where has America gone!! Can’t even enjoy a quality program. But all the other just prevails!, I personally have given up viewing ABC. I hope ABC fails!! Even Disney can’t be trusted for quality anymore!,,,

So disappointed. VERY bad decision by ABC. Hands down one of, if not the best, family shows EVER. ALL of us in our home, 68, 59, 46, & 14 year olds would sit together on Fri. nights and laugh ’til we cried. What better ratings could you possibly ask for? Shame on you. You know and so does everyone else know that the cancellation WAS political!!
Bring the show back!! WE deserve it

Whatever the reason ABC ditched a great show. A sign that outside influences could have played into the decision or not, it was a big mistake! I am not in a position to follow it to another channel unless it is not encumbered by streaming or fees. I have felt the loss of Nashville, Castle, and now LMS and am not at all happy with all of this.

Nycole
Reply to  Hooked on TV

I loved this show. I warch reruns every night because I am still depressed it was canceled. I hope they bring g it back. I mean if they bring Nashville back they can do this.

We watch it every night too…they really made a mistake to cancel.

It is such a shame that this show ended. There are so few GOOD comedies on these days. This was the second best on tv and why it was cancelled is a true wonder. These other channels are adding comedies that are not funny, ridiculous at best and this show gets cancelled. This show was entertaining, what a shame……

I was so sad to see that LAST MAN STANDING WAS CANCELLED. I so looked forward each week to watch it. I know it was cancelled due to Tim’s political views. Please bring it back!!!!!

It makes me so sad that it was cancelled. I looked soooo forward to it every week. I don’t care what they say it did get cancelled because of his political views.PLEASE BRING THE SHOW BACK!!!!

Makes me sick that was the best show on TV

I have no problem following a show I like to another network, so I’m sorry this didn’t get picked up by someone else. It’s no secret Tim Allen does NOT embrace Liberal ideals, and I’m with him. ABC made a mistake, and I don’t believe for one second their flimsy reasons for the cancellation. ESPECIALLY when the show they’re replacing LMS with is called “Sanctuary Family”!! Yeah, I won’t be watching that.

You are so right ABC loves to cancel great shows. First they fired Stana Katic causing them to cancel Castle. Than they moved to Nashville. This year it was you LMS and it is the last season for the Middle all with the excuse of cutting the budget. They liked LMS when they did not pay much for it and could take the ratings. Isn’t rich when they can cry budget cuts on some top rating shows and not care what they do to the fan base and spend 35 million on two people for a show that has 40… Read more »

Yes, my family would of watched another season of Last Man Standing. We watch re-runs all week long and enjoyed the Friday night new episodes. It was a real disappointment to find out the show was cancelled. We enjoyed Mike’s political point of view. SURE WISH YOU BRING IT BACK!!!!

I don’t think that you will find many who disagree that this was a great show. Shame on ABC for letting this go for political reasons. I thought America was all about freedom of speech without getting penalized? Someone out there should pick up this series

Unfortunately there is no REAL free speach in America anymore unless you’re a hardcore liberal. This show was fantastic for so many reasons, and even our kids liked it! But ONE show talks about conservative views and they dump it??? We have to watch way too many shows that shove their liberal agendas down our throats and get praised for it. Also, on LMS his daughter and her husband were hardcore liberals, (which I’m assuming was done to counteract Tim Allen’s views.) But that wasn’t even enough. Everyone always wants to shut up the Conservatives, especially the Christian Conservatives, but… Read more »

I love this show. My only regret is that I didn’t watch it much during its run. And I think ABC is flat-out lying about their reasons for axing the show. Anything that won’t tow the same political lines as their flagship shows just might get canned.

I think it stinks that it was cancelled, this show was awesome and I’m very upset about it, it never should have been cancelled. Phooey on you ABC you lost a great show, I wish another network would have picked it up, I definitely would have watched it on another network, just like I followed Nashville to another network..